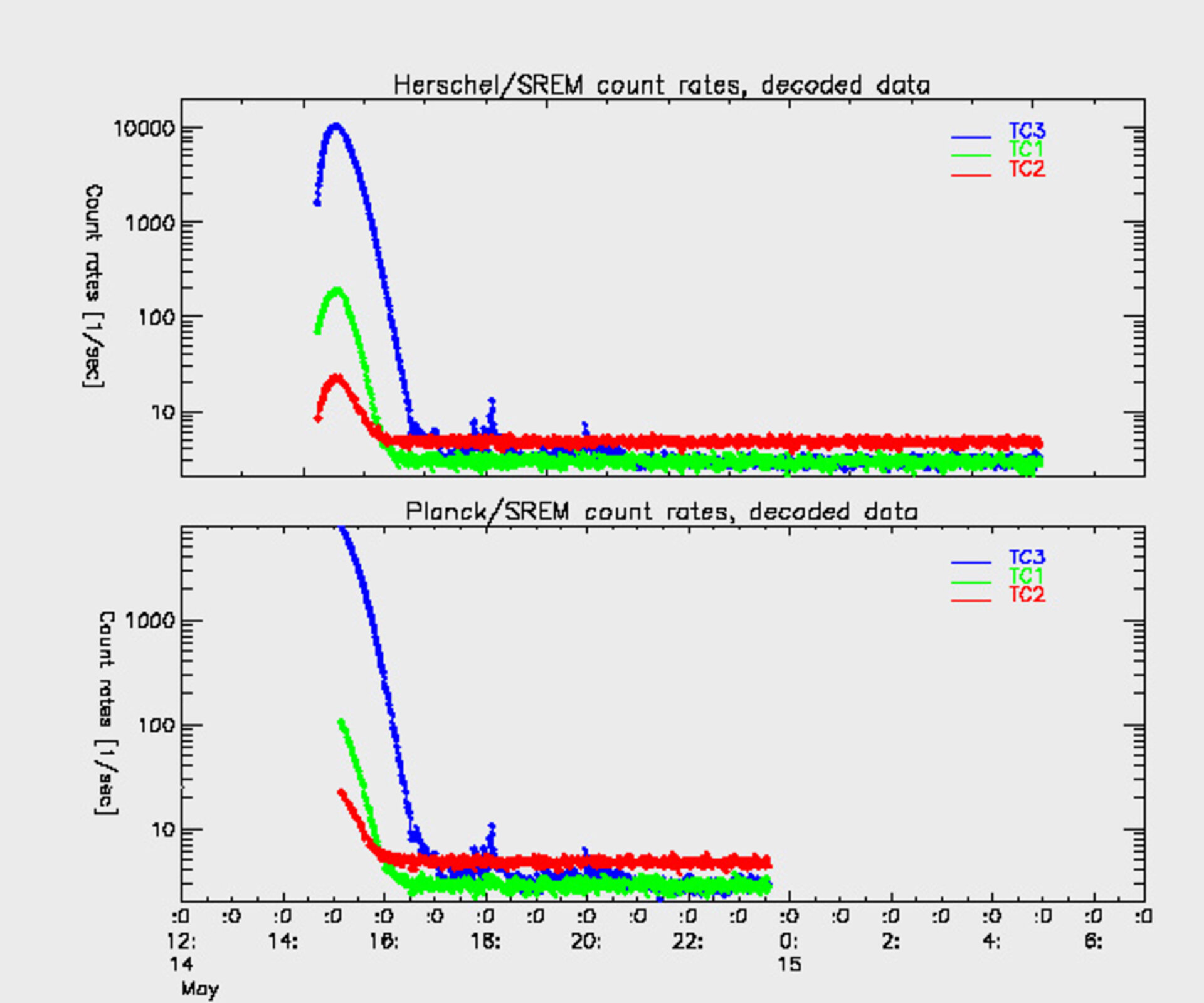 First data obtained from the two SREM units after the launch (upper: Herschel, lower: Planck). On their transits to their final operating orbits around the L2 Lagrange point, 1.5 million km from Earth, they passed briefly through the Earth's radiation belts. This is clearly visible on the left of the graphs when the SREMs measured increases in the rates of high energy particle impacts. "TC1" corresponds to the count rate for both protons above 20MeV energy and electrons above 2 MeV, "TC2" corresponds to the rate of protons above 40MeV and "TC3" corresponds to the rates of protons above 10MeV and electrons above 0.5MeV. The large count rates are due mainly to protons of the inner radiation belt and the small "spiky" features in TC3 more towards the centre correspond to electrons of the outer radiation belt, which is very depleted at the moment due to the current very low solar activity.
(data processing courtesy Paul Bühler and PSI)