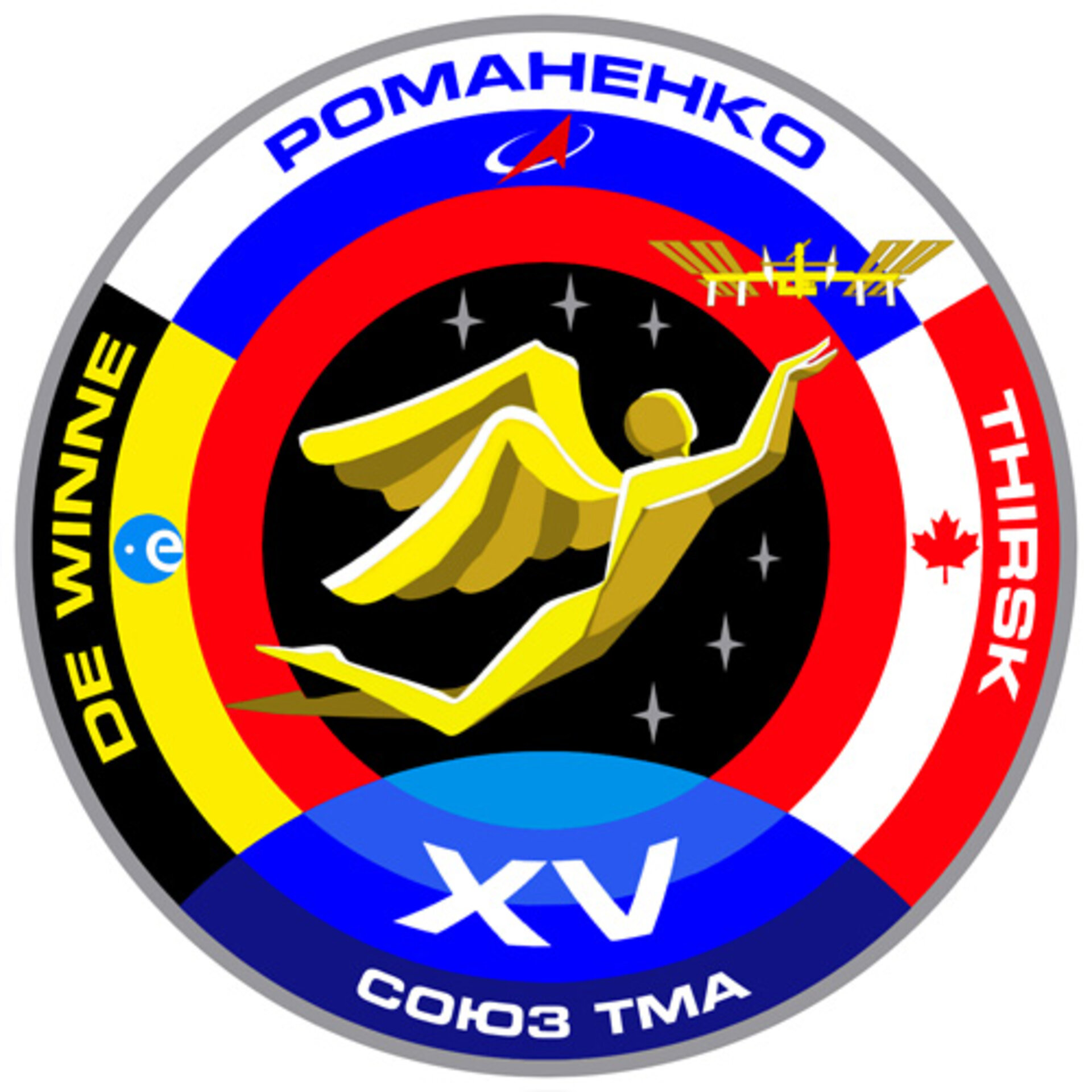 The crew patch worn by Russian cosmonaut Roman Romanenko, ESA astronaut Frank De Winne and Canadian Space Agency astronaut Robert Thirsk for their flight to the International Space Station with the Soyuz TMA-15 spacecraft. The astronauts spent six months living and working on the Station as members of the Expedition 20 and 21 crews. The Soyuz TMA-15 was launched 27 May 2009.