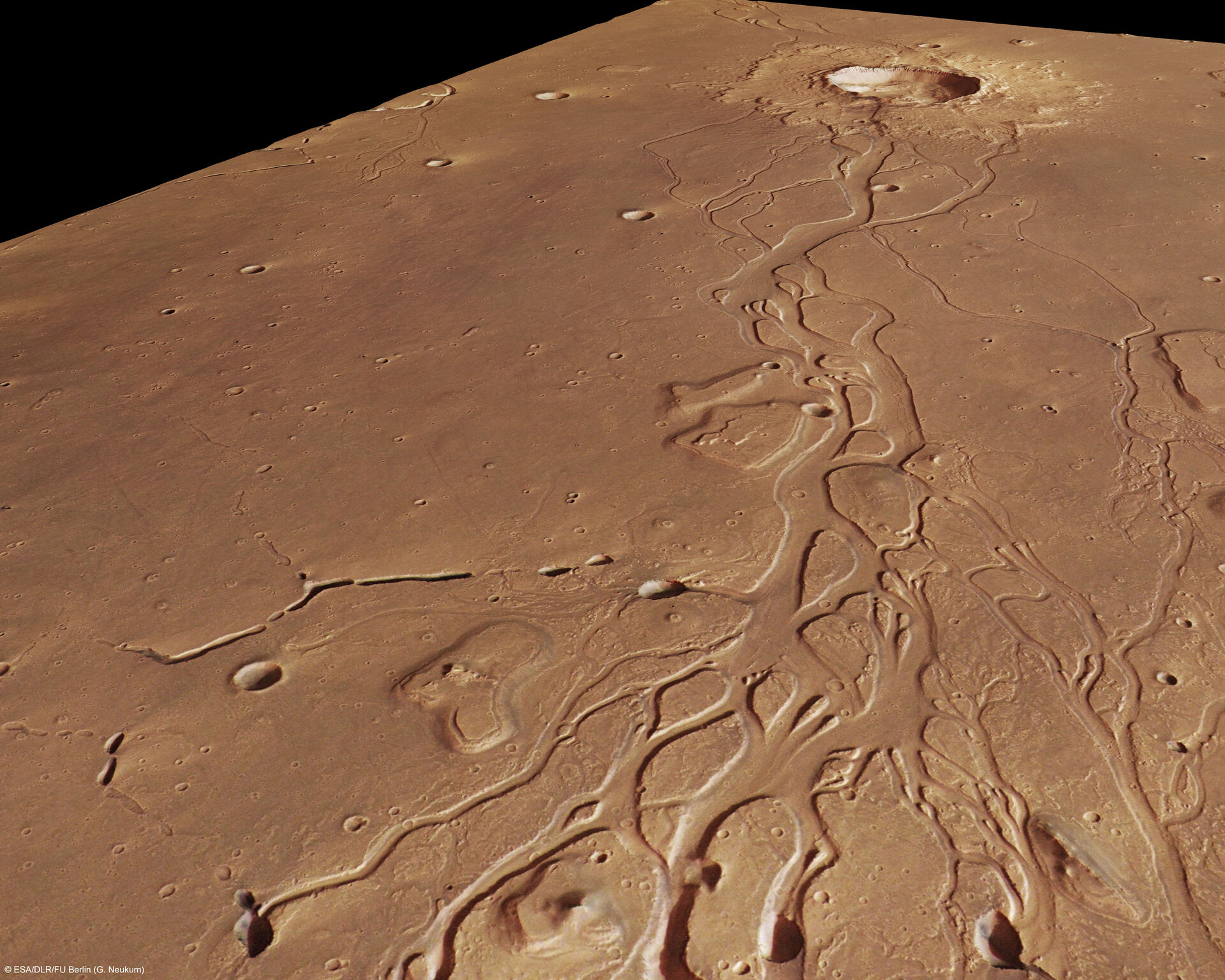 This image of Hephaestus Fossae was obtained by ESA’s Mars Express orbiter on 28 December 2007. The region is dotted with craters and channel systems and lies at about 21°N and 126°E on the Red Planet. Named after the Greek god of fire, Hephaestus Fossae extends for more than 600 km on the western flank of Elysium Mons in the Utopia Planitia region.

The surface is mostly smooth, and is covered by several small impact craters measuring 800 to 2800 m in diameter. Smaller craters are scattered across the entire region. A larger impact crater measuring 20 km in diameter is a prominent feature. Covering an area of approximately 150 sq km, this crater could harbour cities such as Bonn or Kiel. In contrast to the smaller craters, it shows a blanket of ejecta with flow forms surrounding the rim.

The large craters were formed when loose, soft material was ejected due to impact, and the smaller ones formed due to secondary impacts, when consolidated material was ejected in a ballistic path and impacted the original crater at varying distances. Most martian water exists in the form of subsurface ice. The presence of a blanket of ejecta and outflow channels around the crater suggest that the primary impact may have penetrated the surface enough to melt a buried frozen water reservoir.