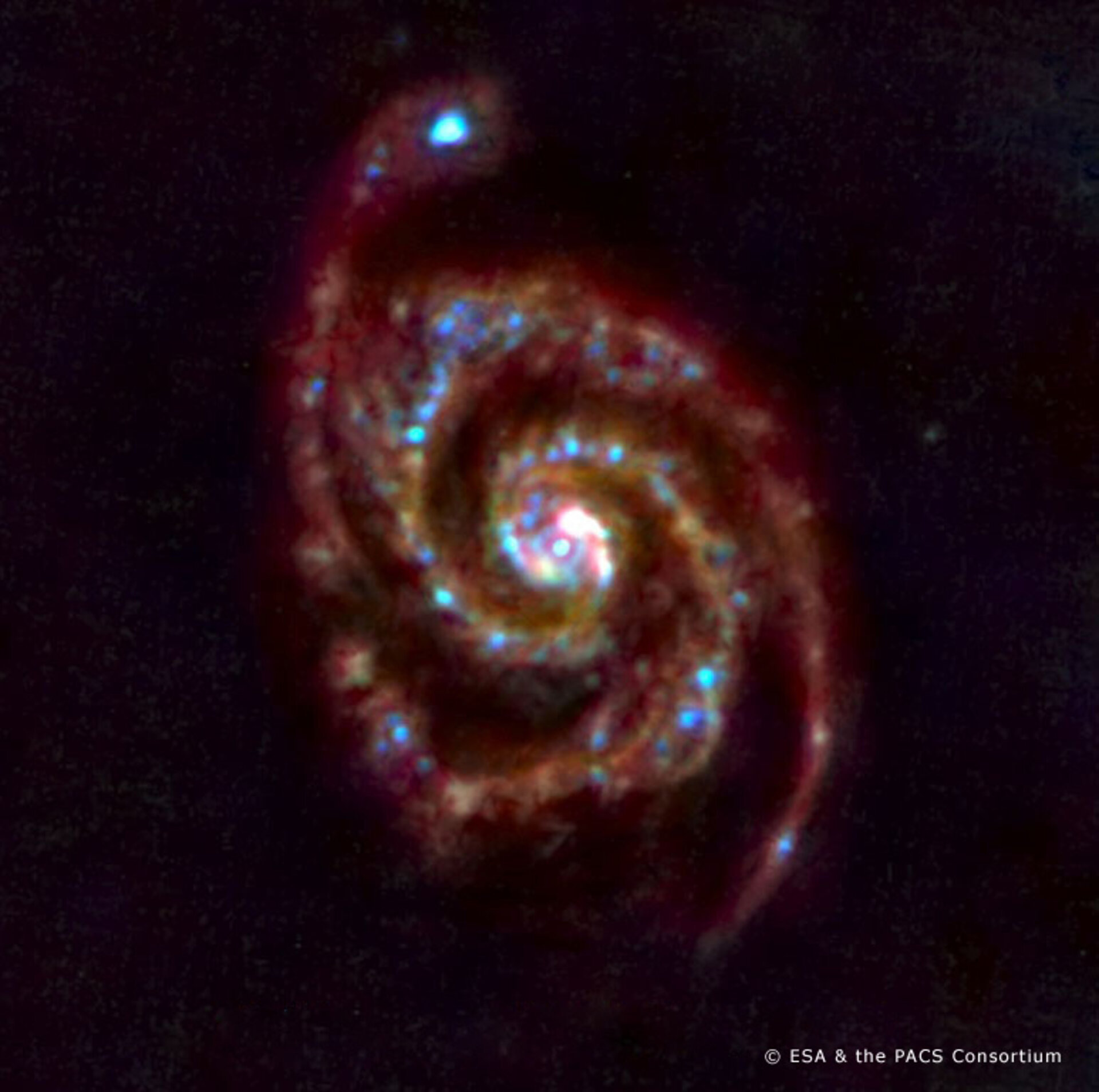 Herschel opened its 'eyes' on 14 June 2009 and the Photoconductor Array Camera and Spectrometer (PACS) obtained images of M51, ‘the whirlpool galaxy’ for a first test observation.

Red, green and blue correspond to the 160-micron, 100-micron and 70-micron wavelength bands of PACS.

Glowing light from clouds of dust and gas around and between the stars is visible clearly. These clouds are a reservoir of raw material for ongoing star formation in this galaxy. Blue indicates regions of warm dust that is heated by young stars, while the colder dust shows up in red.

The image was taken during test observations as part of a ‘sneak preview’ immediately after the cryocover was opened, to give a glimpse of things to come.