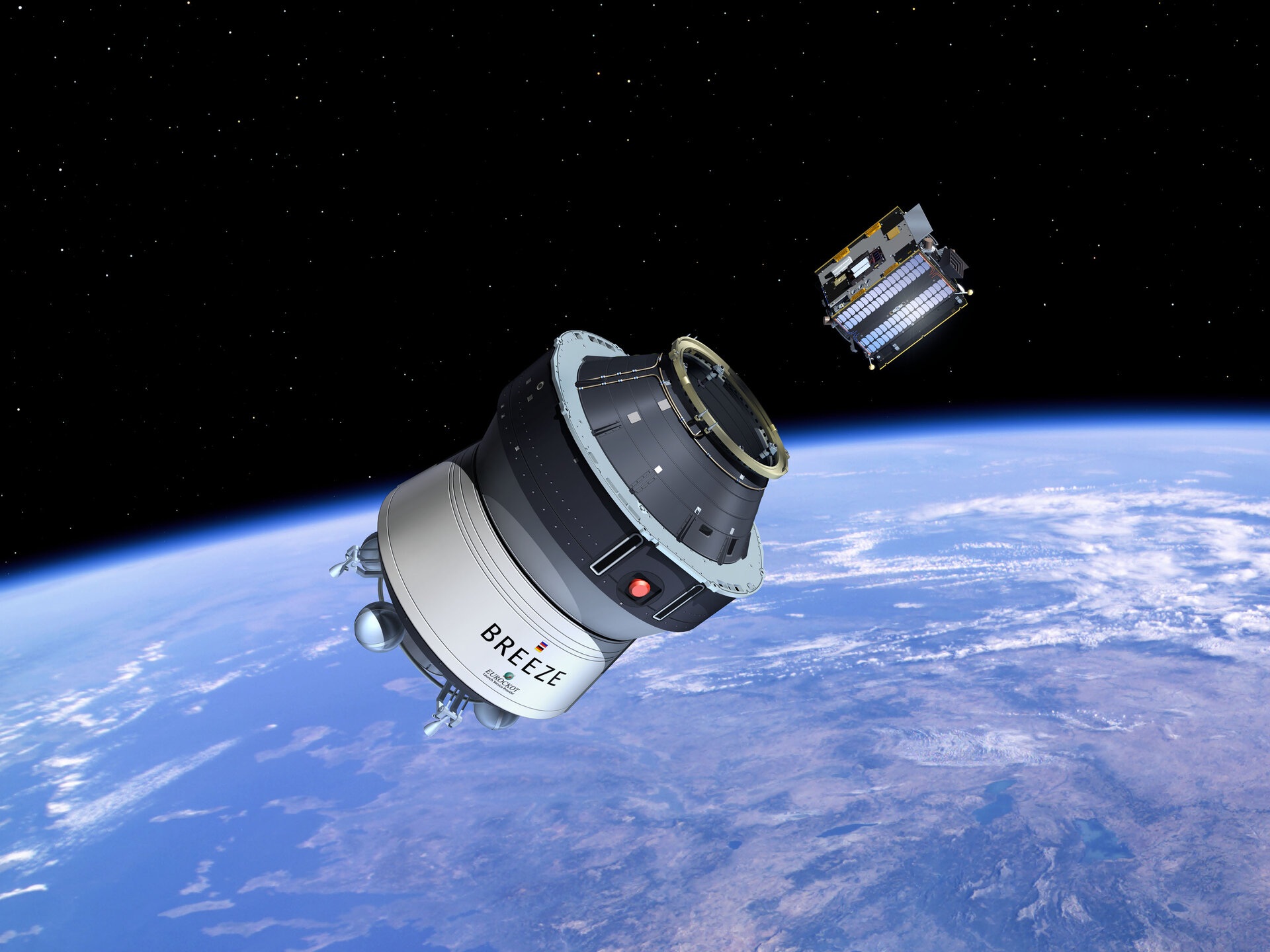 At the end of the launch sequence, Proba-2 is ejected from the Breeze upper stage of the Rockot launcher. At this point the SMOS satellite has already been ejected.