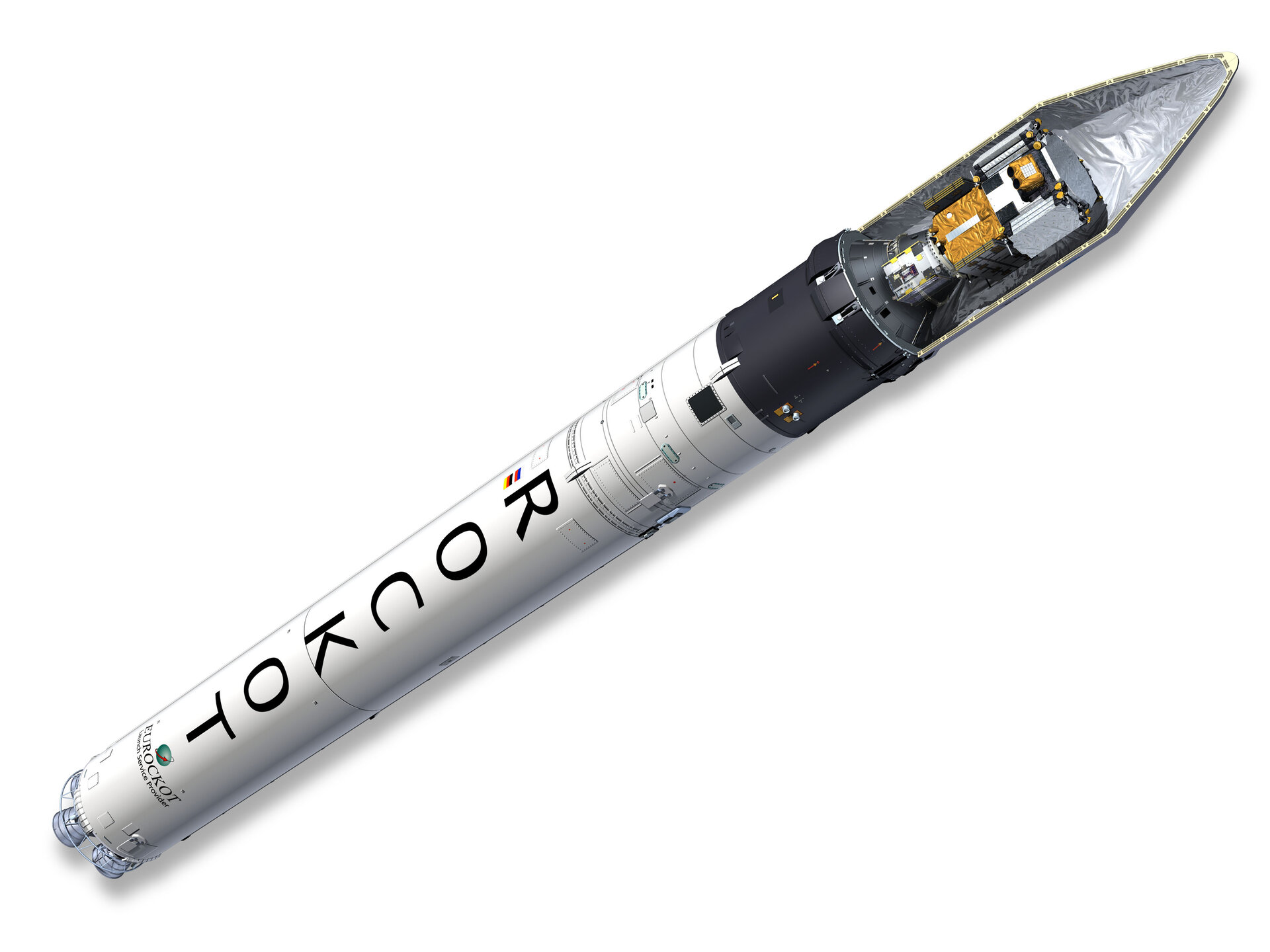 Artist view of the ROCKOT launcher with its fairing removed to show the main SMOS satellite, and below it, the smaller Proba-2 satellite inside the double adapter.