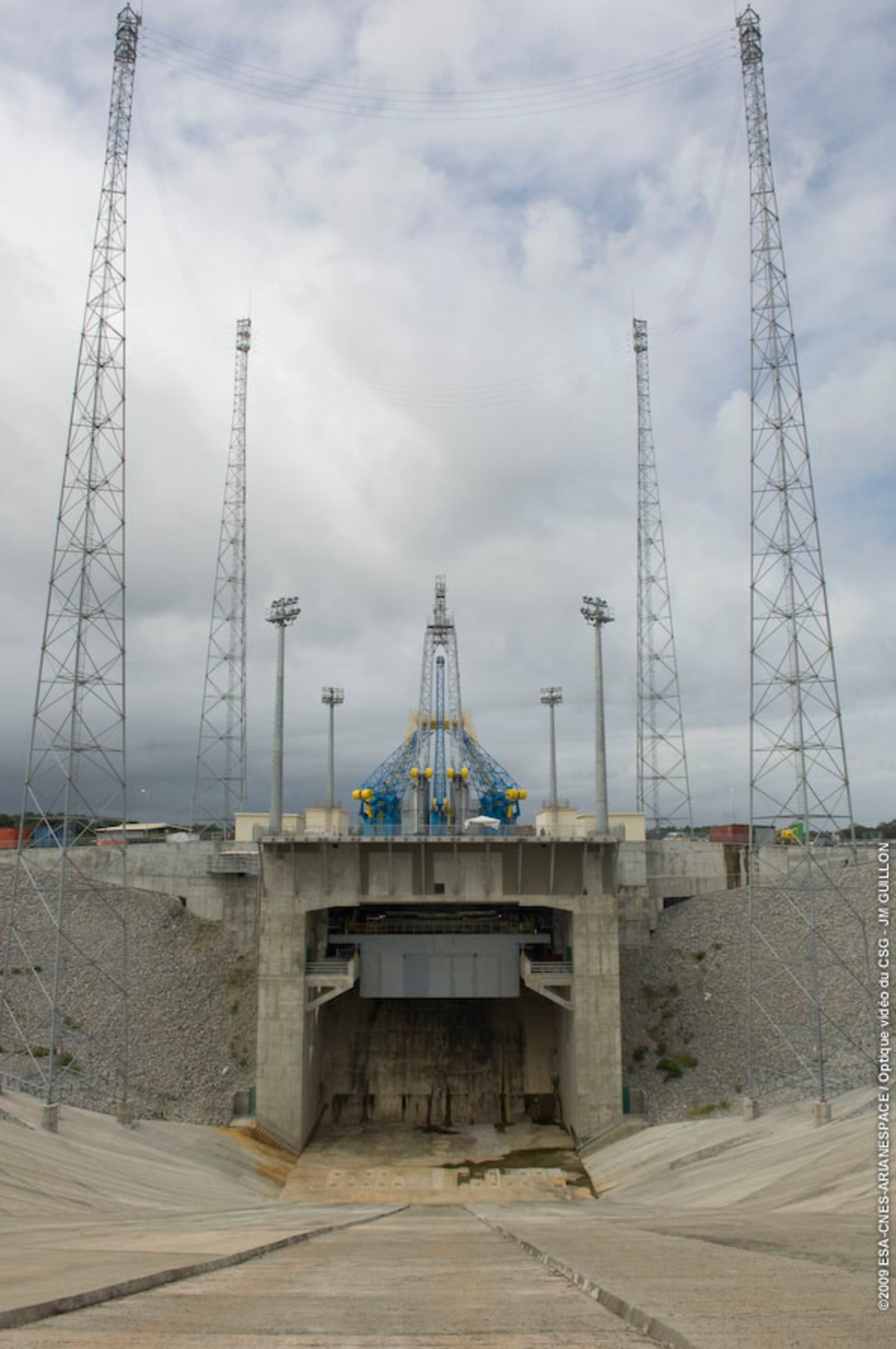 The Soyuz launch pad is surrounded by four lightning protection towers, which are a feature of all the pads at CSG. The picture, taken from inside the flame pit, also shows the Soyuz launch system in the ‘ready’ position – with the four support arms closed and the two umbilical masts raised to service the medium-lift vehicle. A recently added element is the facility’s system of floodlights, which are installed on four masts positioned around the launch pad.