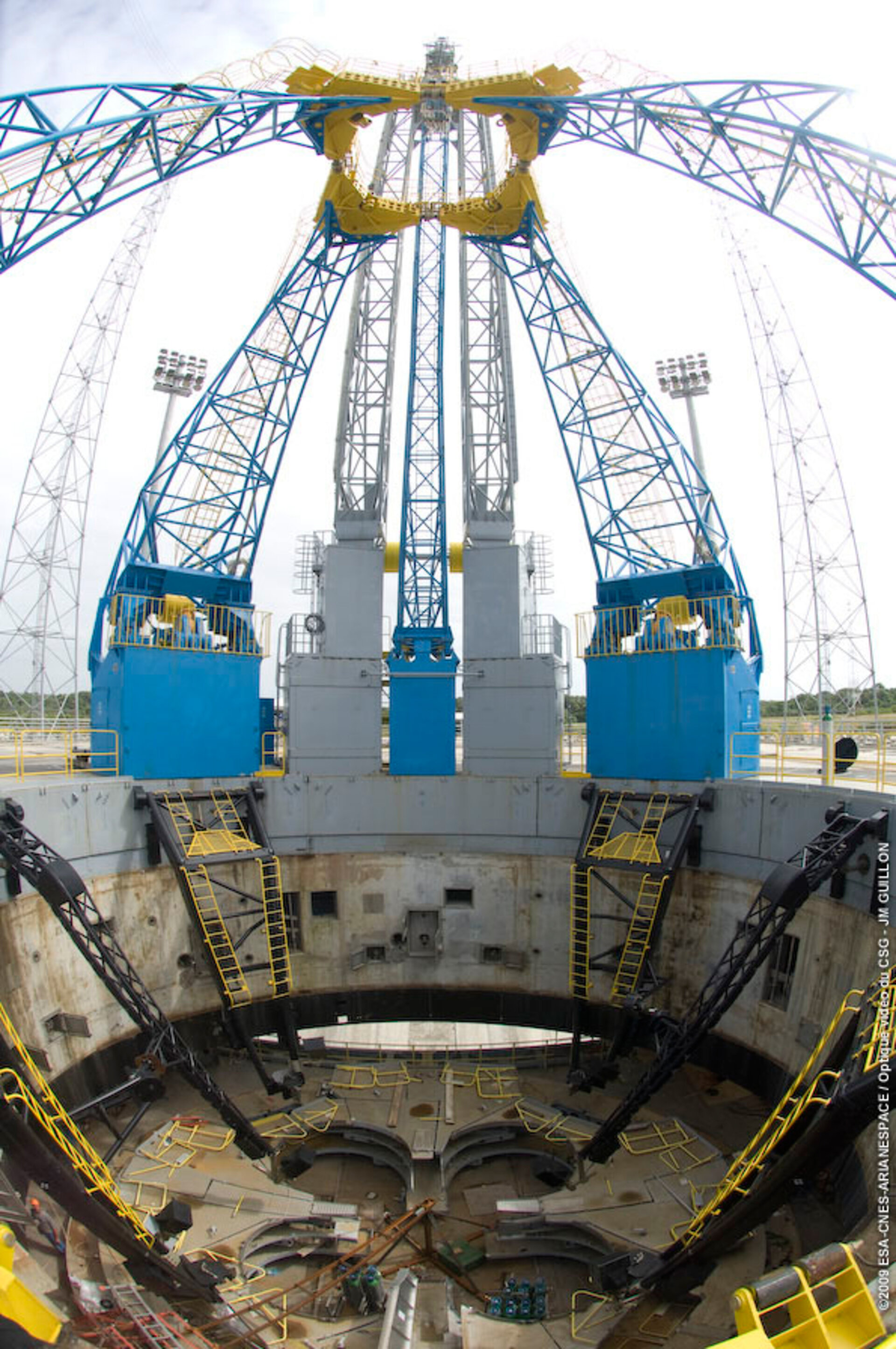 Wide-angle view of the almost-complete Soyuz launch system. The four primary support arms are shown in their closed position, when they form a support ring around the ‘waist’ of Soyuz to suspend the vehicle over its launch pad. Directly behind the two rear support arms is the set of umbilical masts that will service the Soyuz Block A core stage, its Block I third stage, the Fregat upper stage and the payload. Visible below in the launch table’s 15-metre diameter circular opening are four triangular guides that will be connected to the four strap-on boosters – providing stability for the suspended vehicle until liftoff. The two other arms extending into the opening carry electrical umbilicals for the Soyuz boosters and the Block A core stage.