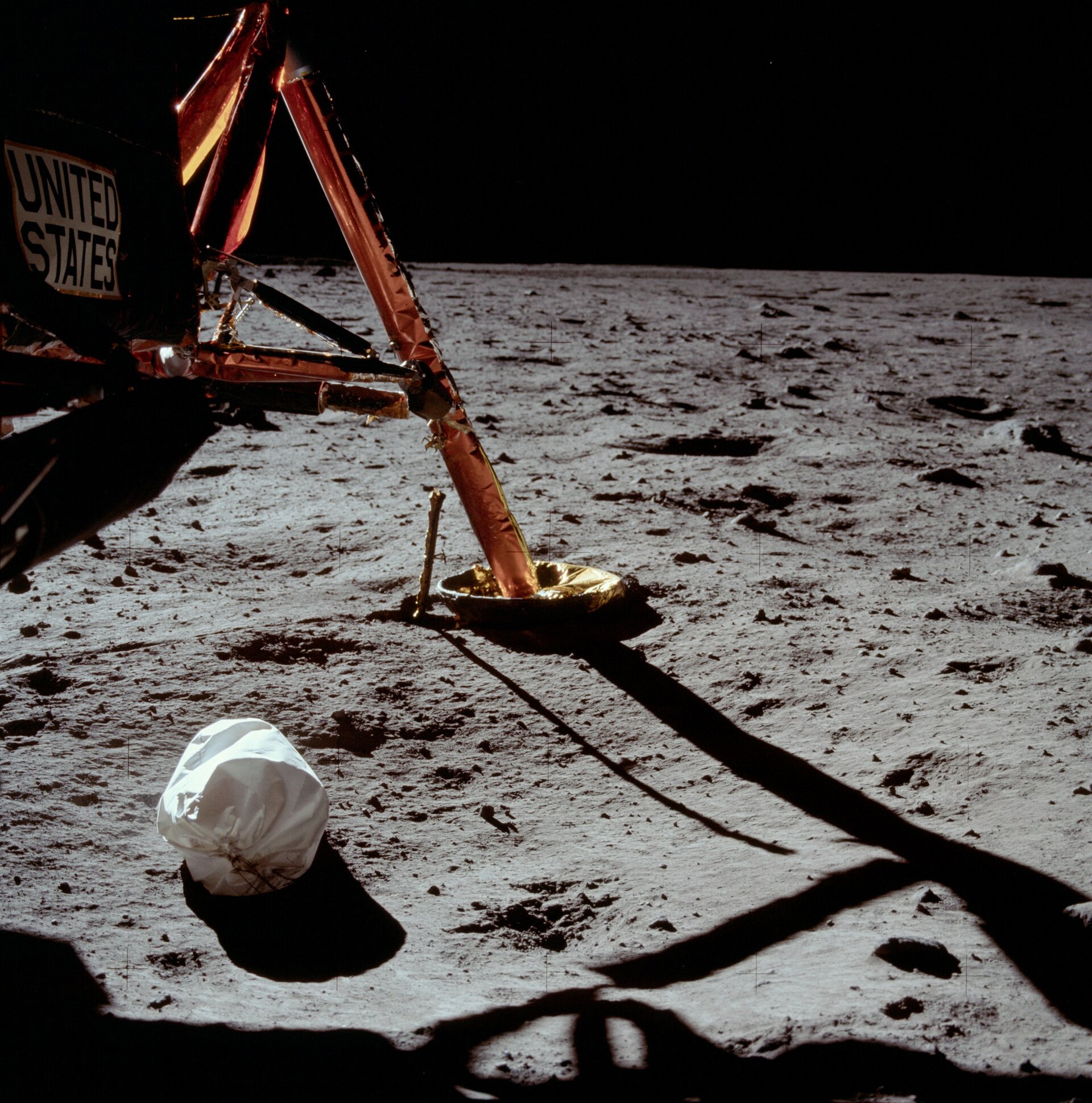 The first photograph taken on the Moon

The image shows a bag of jettisoned materials under the Descent Stage, the south footpad, bent probe, and strut supports. The view is more or less up-Sun, so the shadowed faces of boulders are seen.