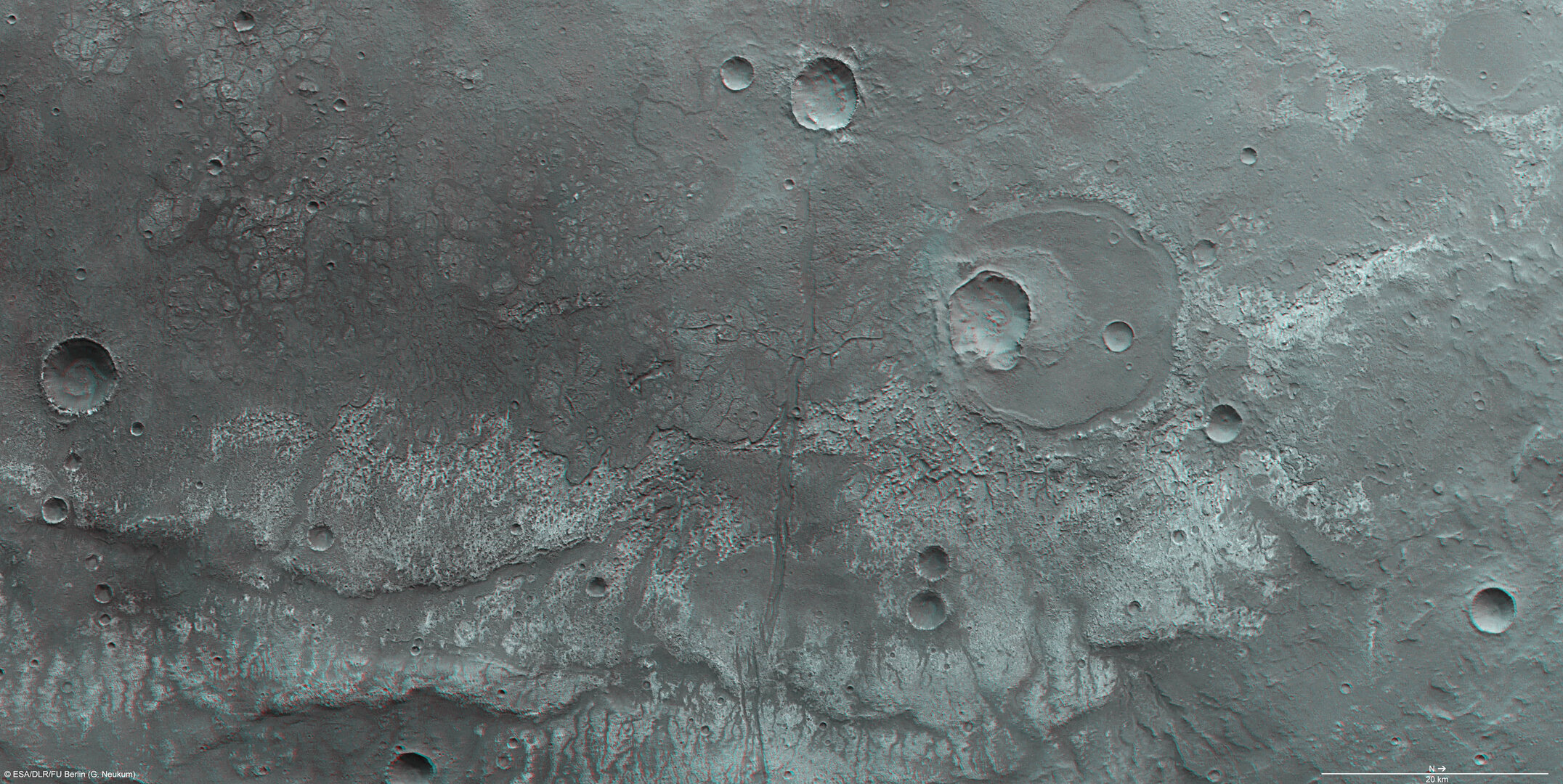 Close to Ma'adim Vallis, in 3D

The 3D image was calculated from the nadir and one stereo channel. Stereoscopic glasses are required for viewing.