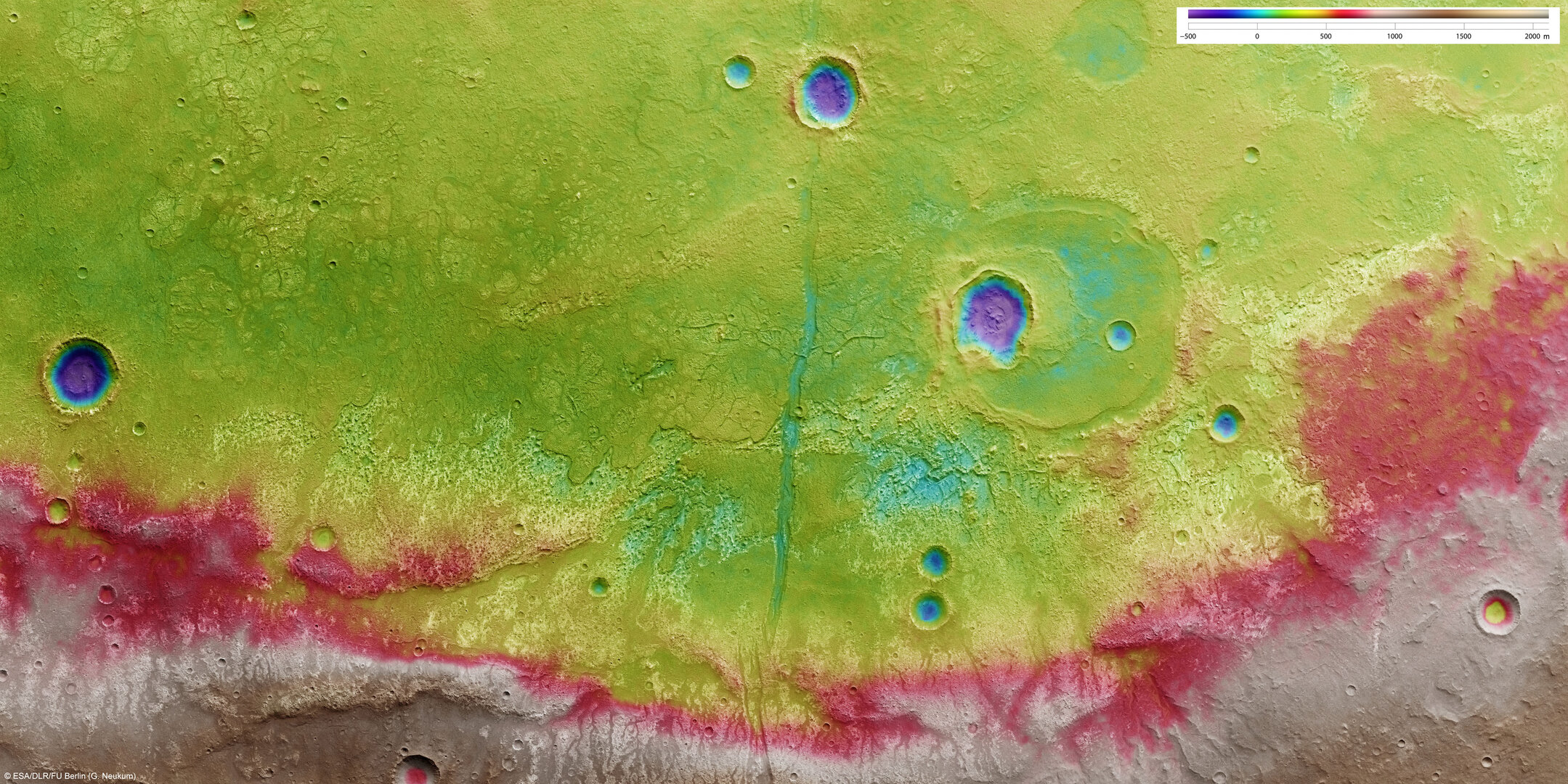 This ortho-image was rectified using elevation data derived from a high-resolution Digital Terrain Model, or DTM (obtained from HRSC data), such that distortions introduced during imaging are corrected. Such an image can be used to derive maps. Elevation data from the DTM has been colour-coded and overlain on the ortho-image so that elevation data and the image itself are displayed in a single scene.