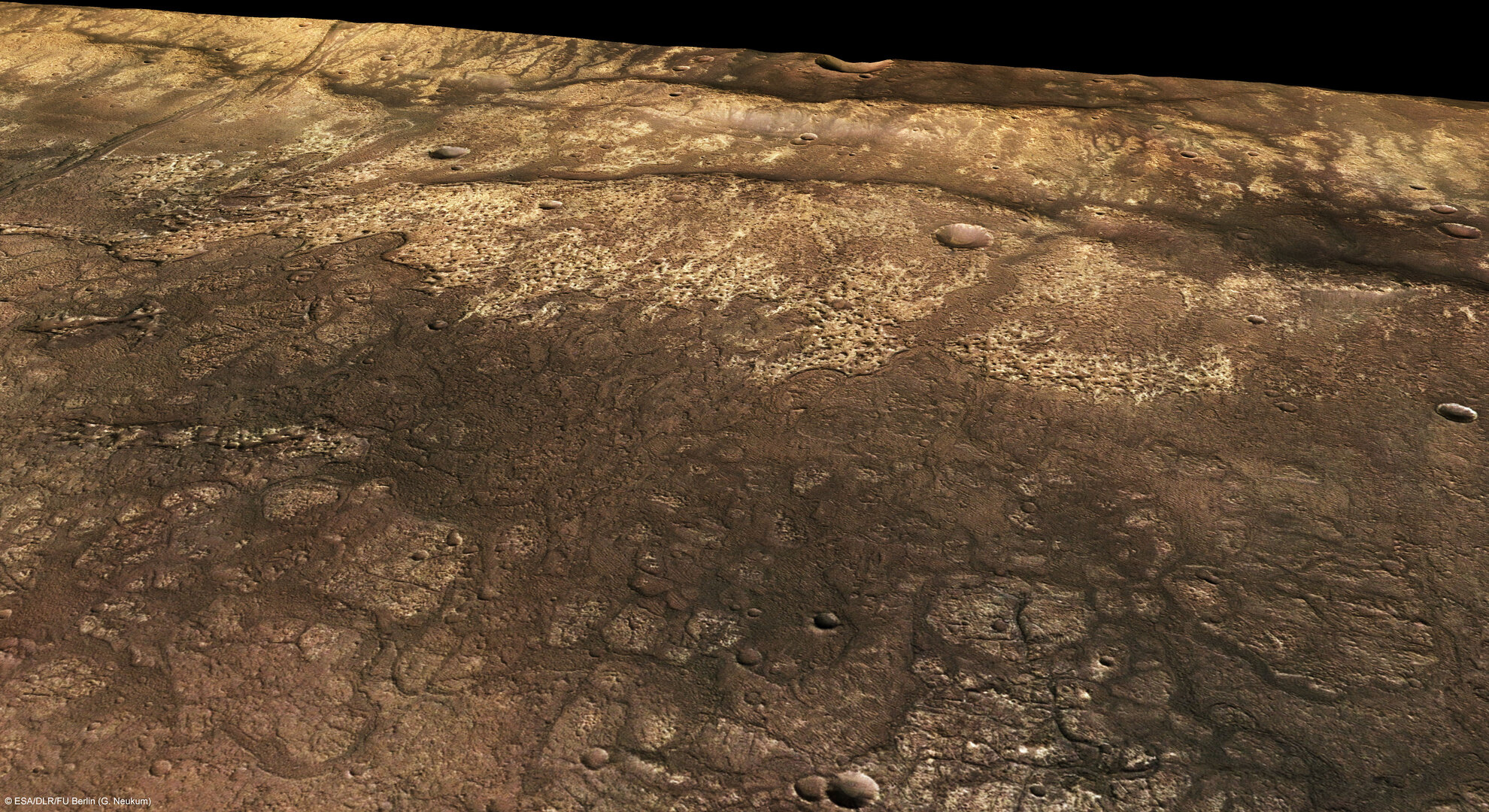 A linear feature, more than 200 km long, divides the image almost in the centre. It is most likely a trough associated with the uprising of the Tharsis volcanic region in the north-east. The uprising may have created a lot of stress in the crust which was released when the fracture zones formed, creating the trough.