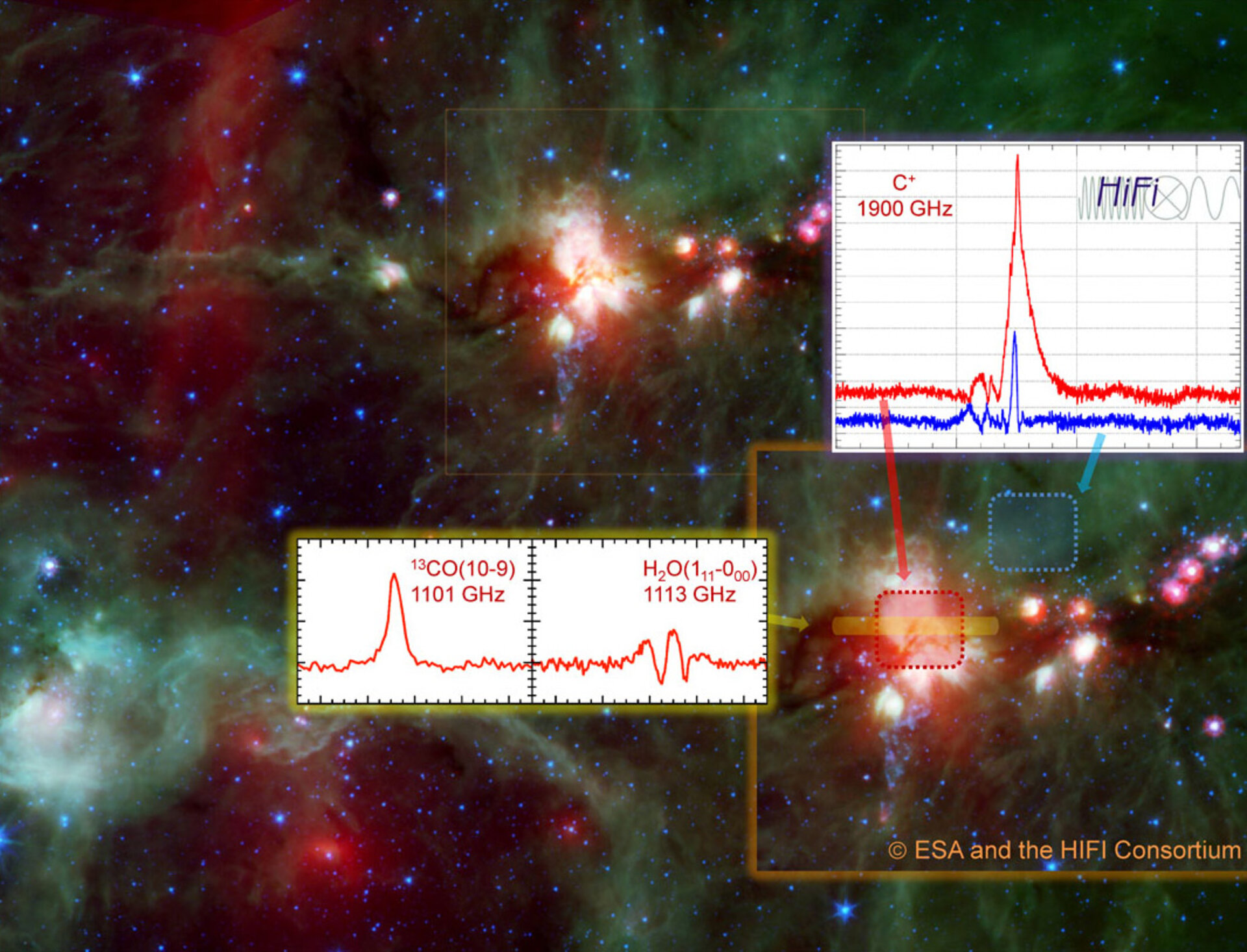 Deeply hidden in the giant molecular cloud, DR21, newly formed massive stars are wreaking havoc on their stellar nursery. In this colour-coded Spitzer image of the DR 21 star-forming region, the green reveals the emission from large molecules set aglow by the newly formed stars. The large bubbles and striated clouds are caused by the complex interaction of the newly formed massive stars and their environment. To the right we see a magnified image of the active region.

HIFI will study this interaction in detail. The blue and red boxes show the area that HIFI has already surveyed for ionized carbon, a key ingredient of the molecular cloud material. The broad line at the position of the newly formed star (in red) reveals the presence of a powerful wind ripping the cloud apart. In contrast, the offset position (in blue) shows emission from quiescent material, which has not yet been disturbed by this star. The yellow stripe indicates the region studied in lines of water (right) and carbon monoxide (left) by HIFI. The large width of the carbon monoxide profile and the complex water line indicate that this material is part of a massive outflow from the newly formed star.