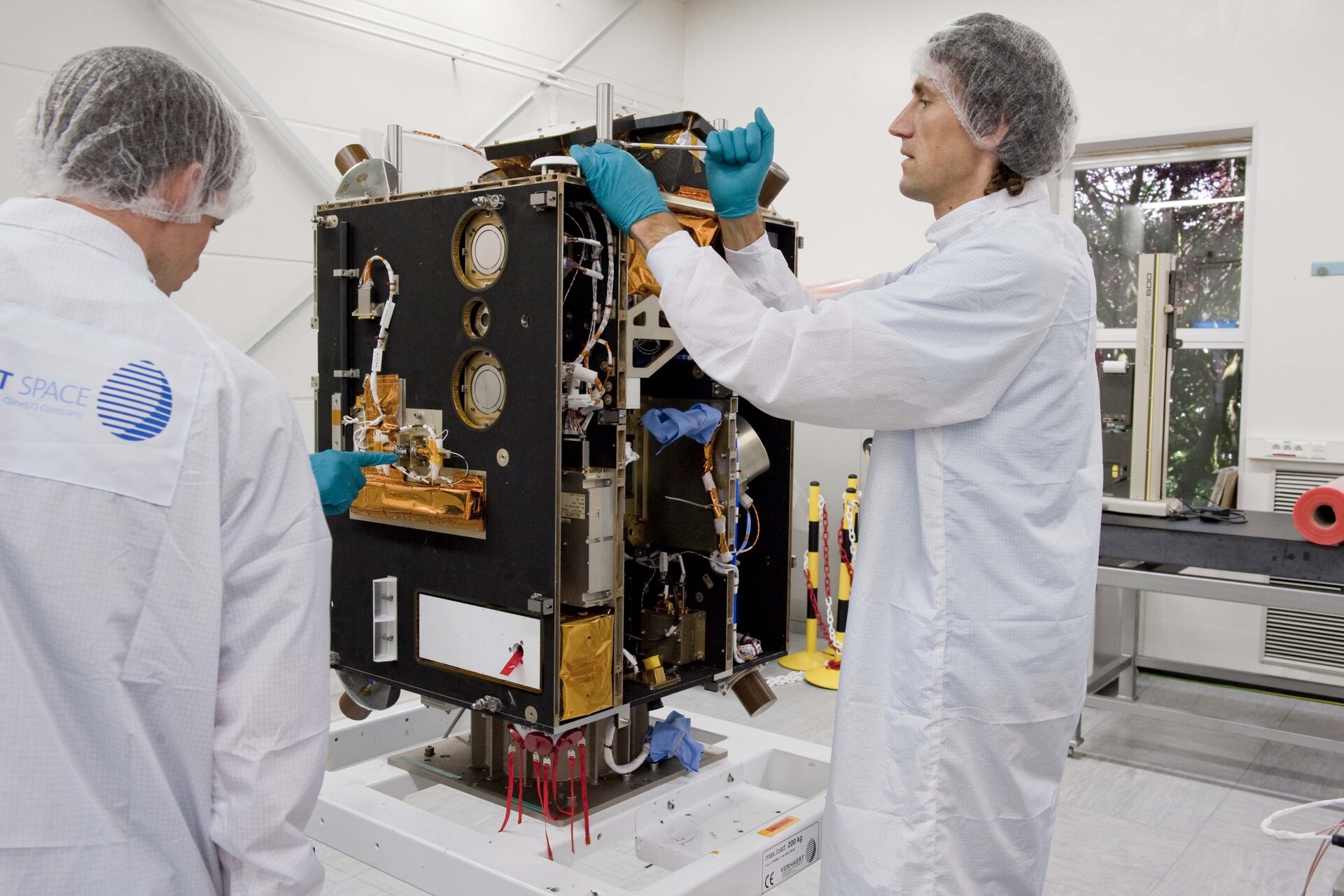 This image shows the Proba-2 satellite in the cleanroom at Verhaert Space in Kruibeke/Belgium.

Like Proba-1 before it, Proba-2 was constructed for ESA by Verhaert Design & Development in the East Flanders town of Kruibeke, with the support of the Belgian Federal Science Policy Office.