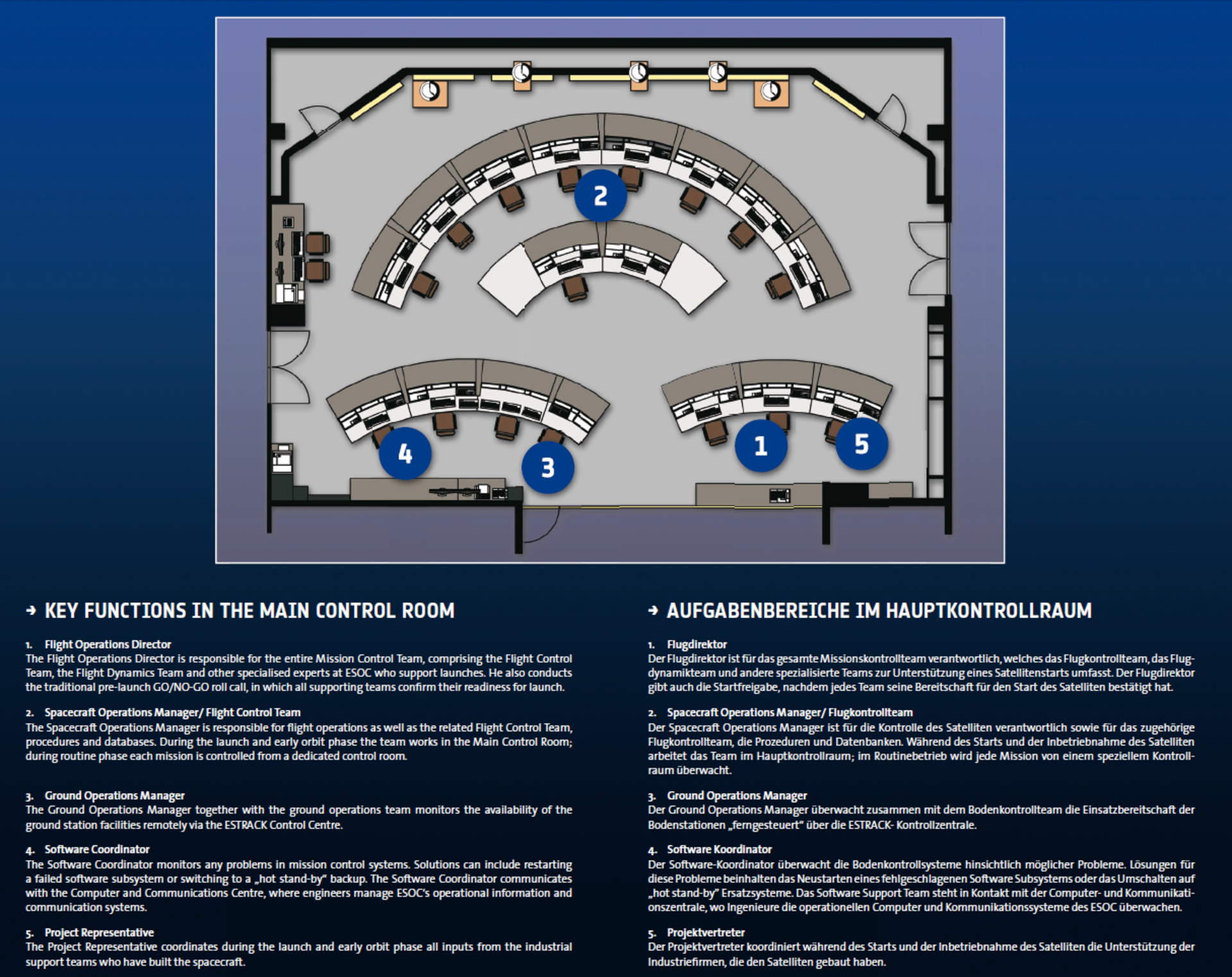 The Flight Operations Director is responsible for the entire Mission Control Team, comprising the Flight Control Team, the Flight Dynamics Team and other specialised experts at ESOC that support launches. The 'OD' also conducts the traditional pre-launch GO/NO-GO roll call, in which all supporting teams confirm their readiness for launch.

2. Spacecraft Operations Manager/ Flight Control Team
The Spacecraft Operations Manager is responsible for flight operations as well as training and preparing the Flight Control Team and preparing flight procedures and databases. During the Launch and Early Orbit Phase (LEOP), the team works in the Main Control Room; during the routine phase, each mission is controlled from a Dedicated Control Room.