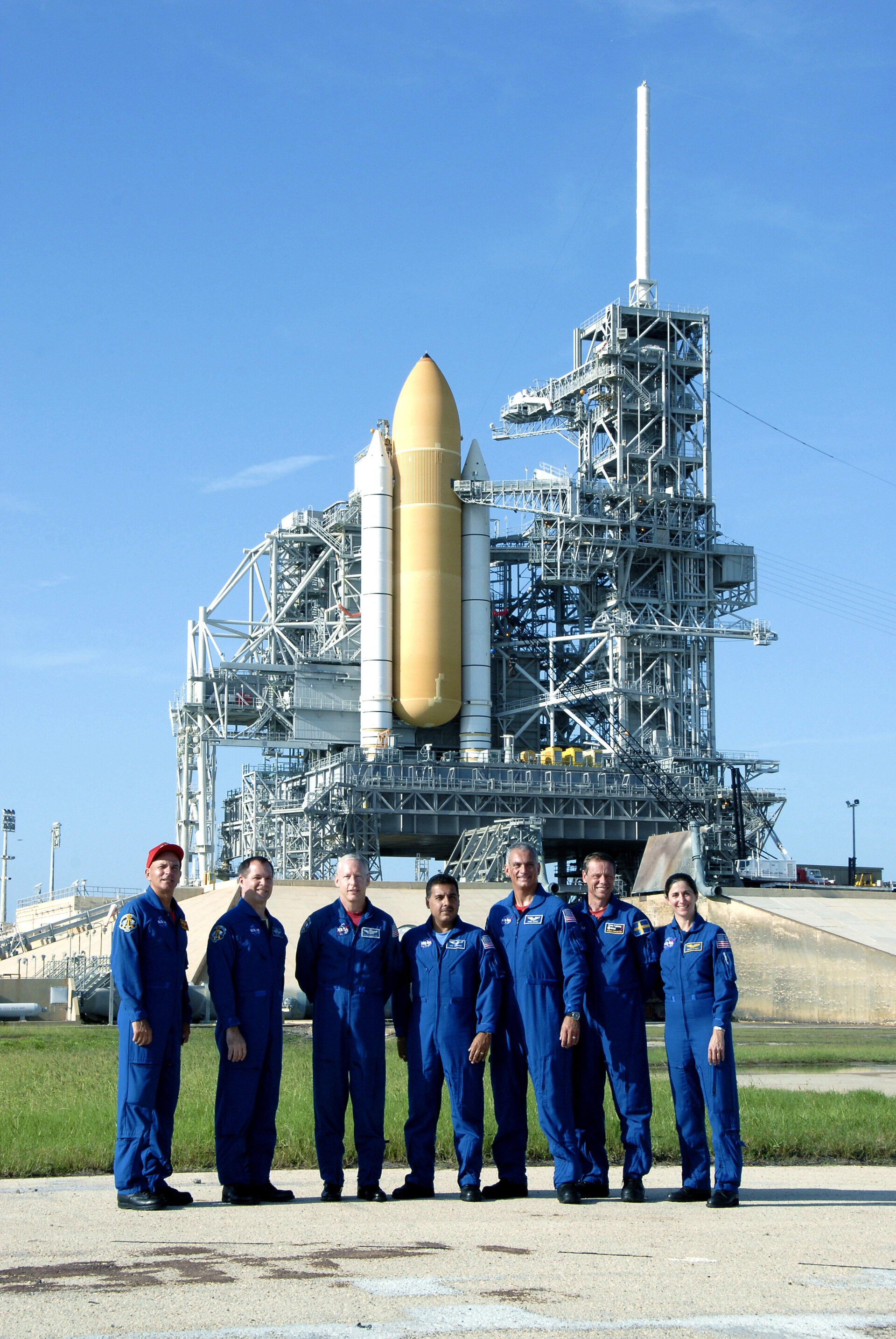 CAPE CANAVERAL, Fla. – At NASA's Kennedy Space Center in Florida, STS-128 crewmembers pose for a photo near Launch Pad 39A after answering questions from the media. From left are Commander Rick Sturckow, Pilot Kevin Ford, and Mission Specialists Patrick Forrester, Jose Hernandez, John 'Danny' Olivas, Christer Fuglesang and Nicole Stott. Fuglesang represents the European Space Agency. The crew is at Kennedy for a launch dress rehearsal called the terminal countdown demonstration test, or TCDT, which includes emergency exit training and equipment familiarisation, as well as a simulated launch countdown. Discovery will deliver new equipment to the Station, including science and storage racks, a freezer to store research samples, a new sleeping compartment and the COLBERT treadmill.