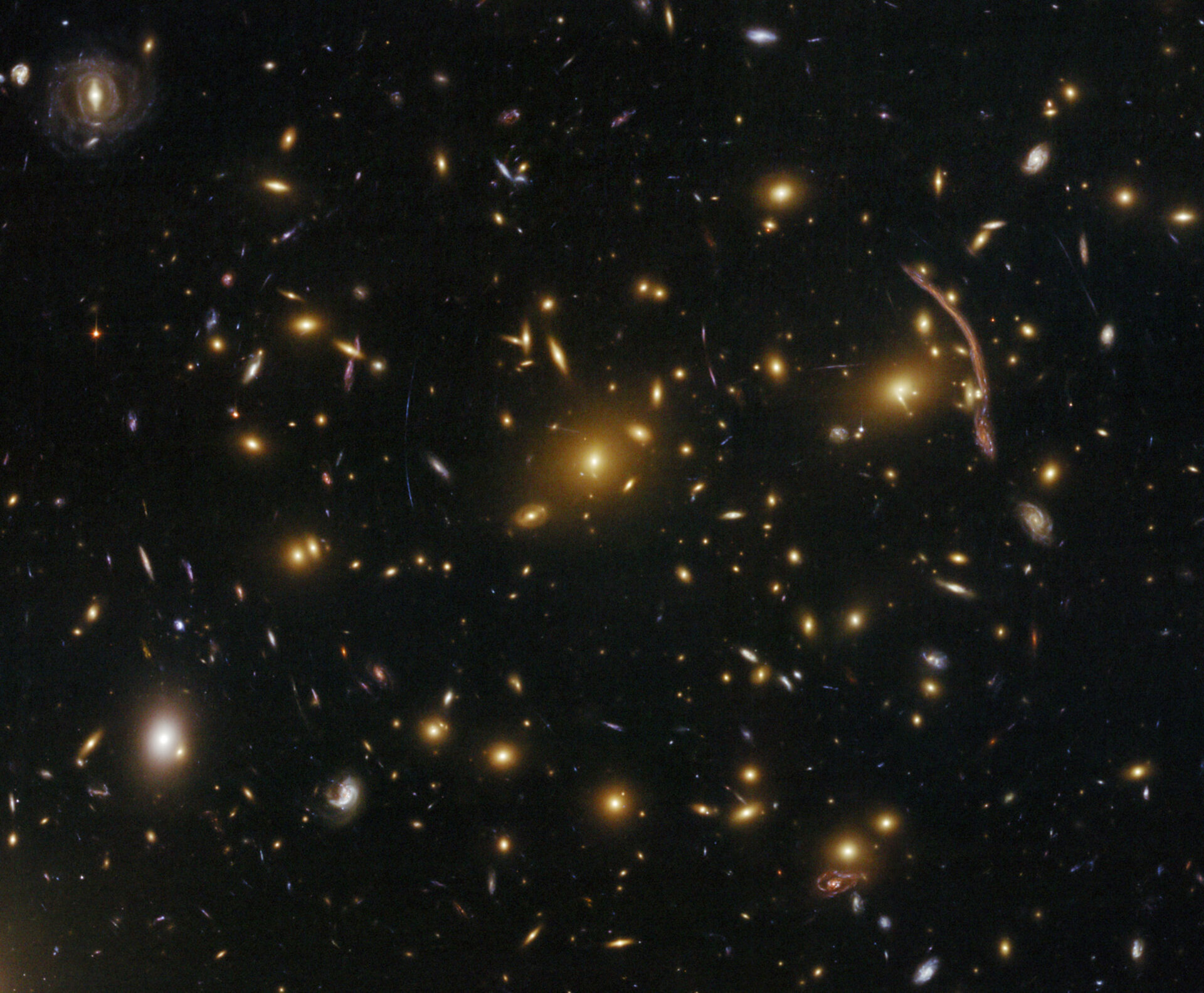 The NASA/ESA Hubble Space Telescope's newly-repaired Advanced Camera for Surveys (ACS) has peered across almost 5000 million light-years to resolve intricate details in the galaxy cluster Abell 370. Abell 370 is one of the very first galaxy clusters where astronomers observed the phenomenon of gravitational lensing, the warping of space-time by the cluster’s gravitational field that distorts the light from galaxies lying far behind it. This is manifested as arcs and streaks in the picture, which are the stretched images of background galaxies.

Gravitational lensing is a vital tool for astronomers when measuring the dark matter distribution in massive clusters, since the mass distribution can be reconstructed from observations of its gravitational effects.

Ground-based telescopic observations in the mid-1980s of the most prominent arc (near the right-hand side of the picture) allowed astronomers to deduce that the arc was not a structure of some kind within the cluster, but the gravitationally lensed image of an object twice as far away. Hubble has now resolved new, previously unseen details in the arc that reveal structure in the lensed background galaxy.

These observations were taken with Hubble's Advanced Camera for Surveys (ACS) in its Wide Field mode on 16 July 2009. The composite image was made using filters that isolate light from green, red and infrared wavelengths.

These Hubble data are part of the Hubble Servicing Mission 4 Early Release Observations.