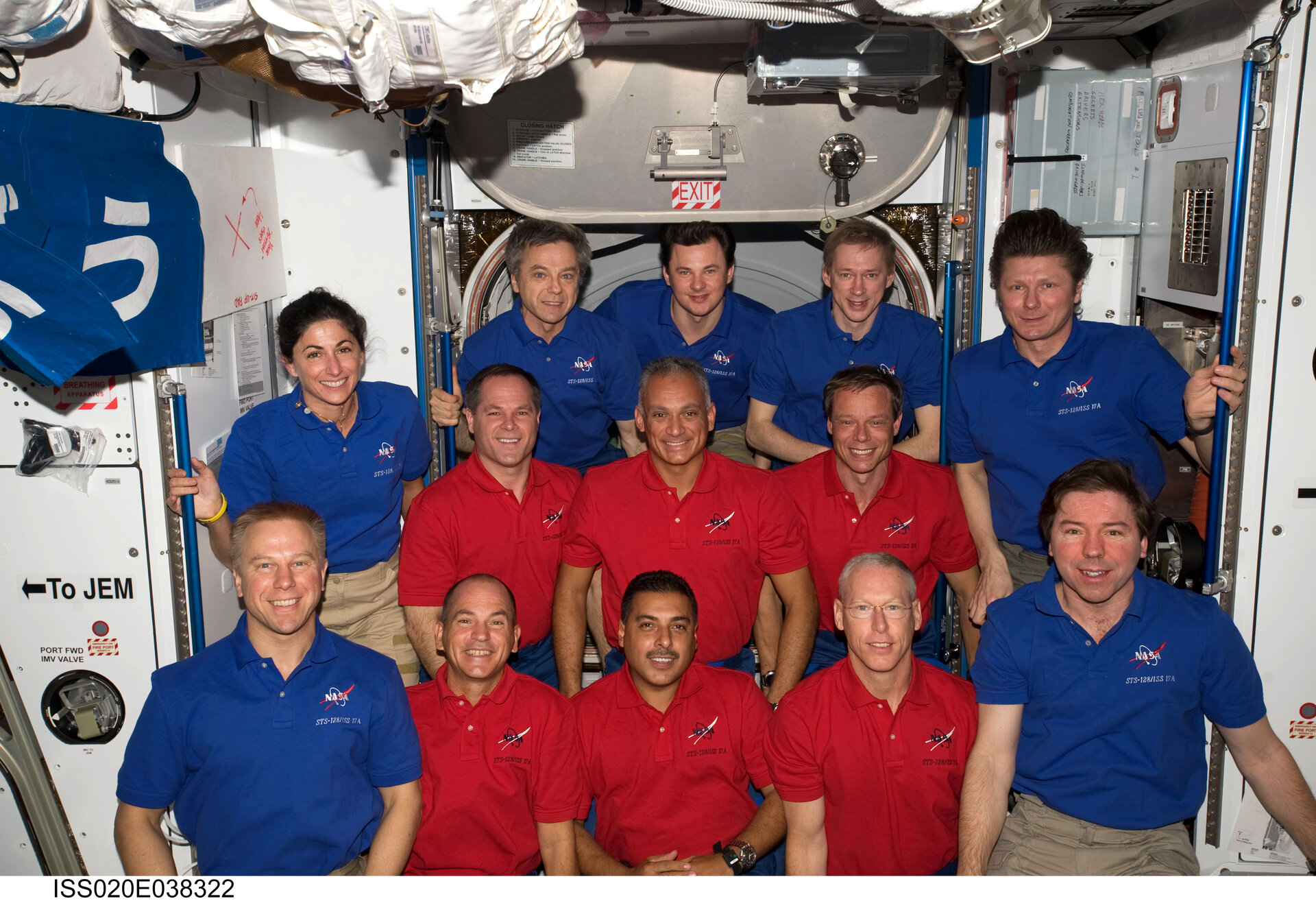 ISS020-E-038322 (5 Sept. 2009) --- The STS-128 and Expedition 20 crewmembers found a few moments on a day between two spacewalk days to pose for some portraits on the International Space Station. The red-clad crewmembers are with STS-128. They include, front row, from the left, astronauts Rick Sturckow, Jose Hernandez and Patrick Forrester; behind them in red, are astronauts Kevin Ford, John "Danny" Olivas, with ESA astronaut Christer Fuglesang. At bottom left is Tim Kopra, who joined the station crew in July but now is scheduled to return to Earth in less than a week with the Discovery astronauts. Surrounding the Discovery crew, in clockwise fashion, are the members of Expedition 20 crew, astronaut Nicole Stott, Canadian astronaut Robert Thirsk, with cosmonaut Roman Romanenko, ESA astronaut Frank De Winne, cosmonaut Gennady Padalka and astronaut Michael Barratt.