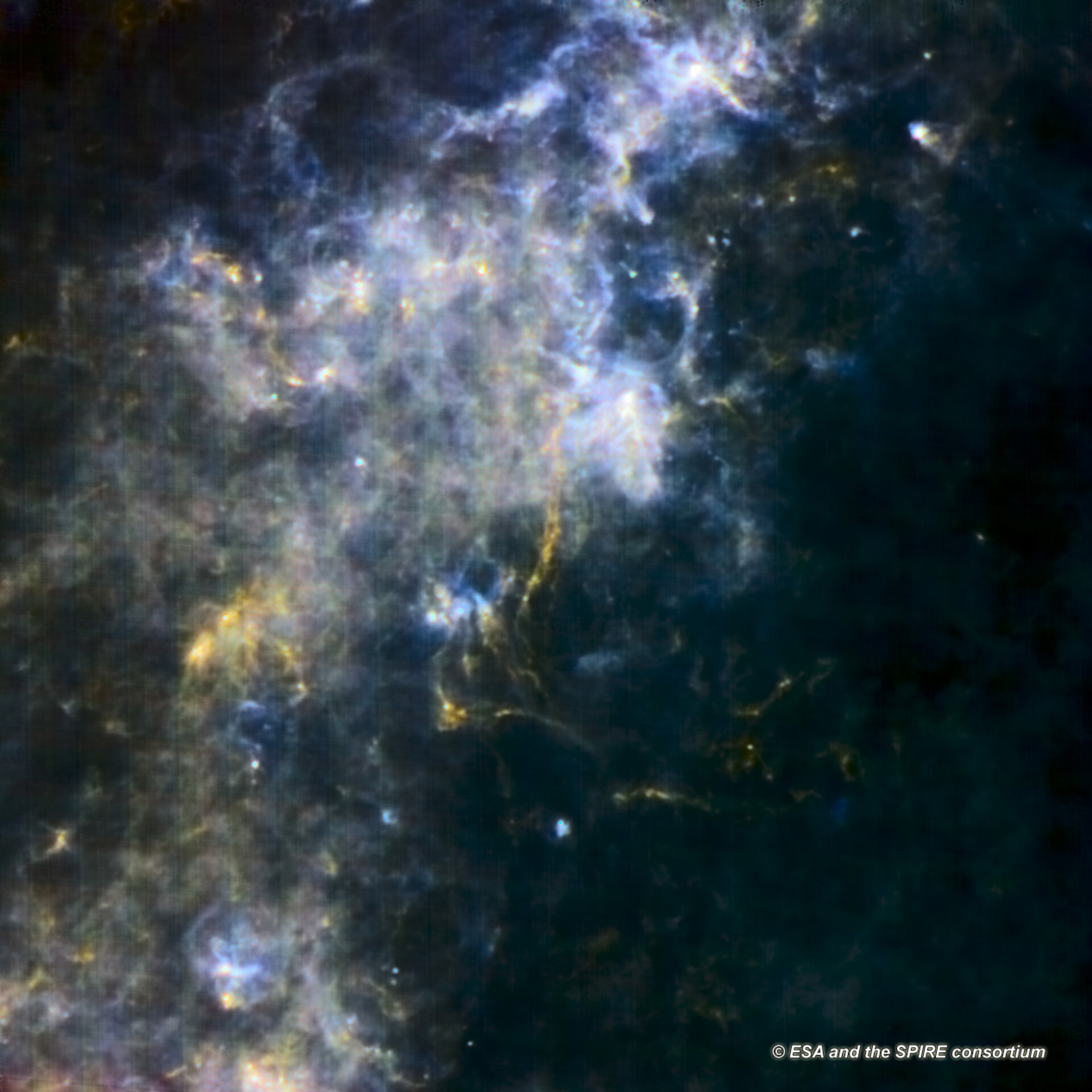 Cold gas in the Milky Way

SPIRE infrared image of a reservoir of cold gas in the constellation of the Southern Cross. The region is located about 60° from the Galactic Centre, thousands of light-years from Earth. The images cover an area of 2°x2° on the sky.