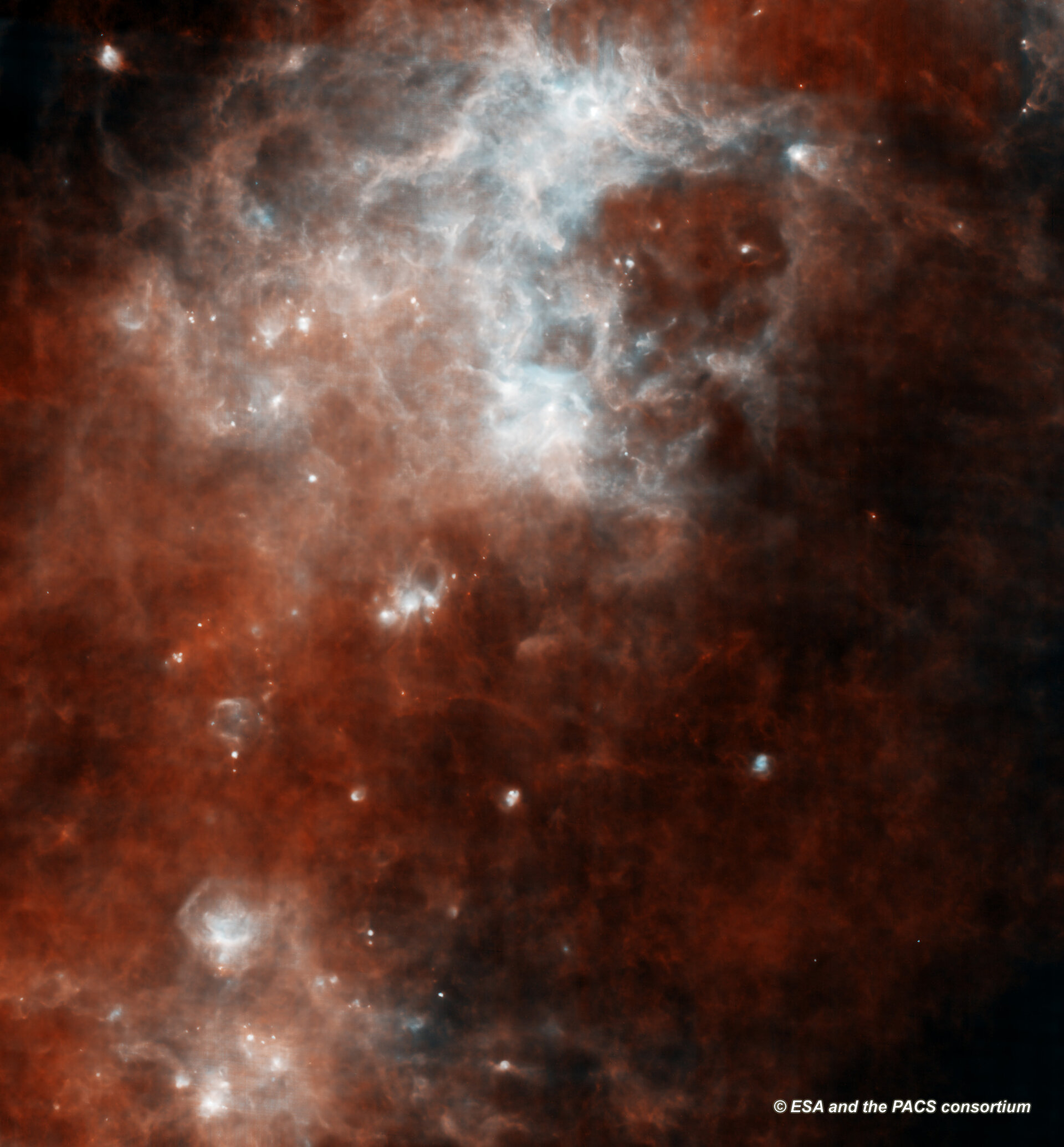 Cold gas in the Milky Way

Herschel infrared image of a reservoir of cold gas in the constellation of the Southern Cross. The region is located about 60° from the Galactic Centre, thousands of light-years from Earth. The images cover an area of 2°x2° on the sky.

The image was constructed by colour-coding the different observing wavelengths, and creating composite false-colour images. In the SPIRE image blue denotes 250 microns, green 350 microns, and red 500 microns emission, while in the PACS image cyan denotes 70 microns and red 160 microns emission.