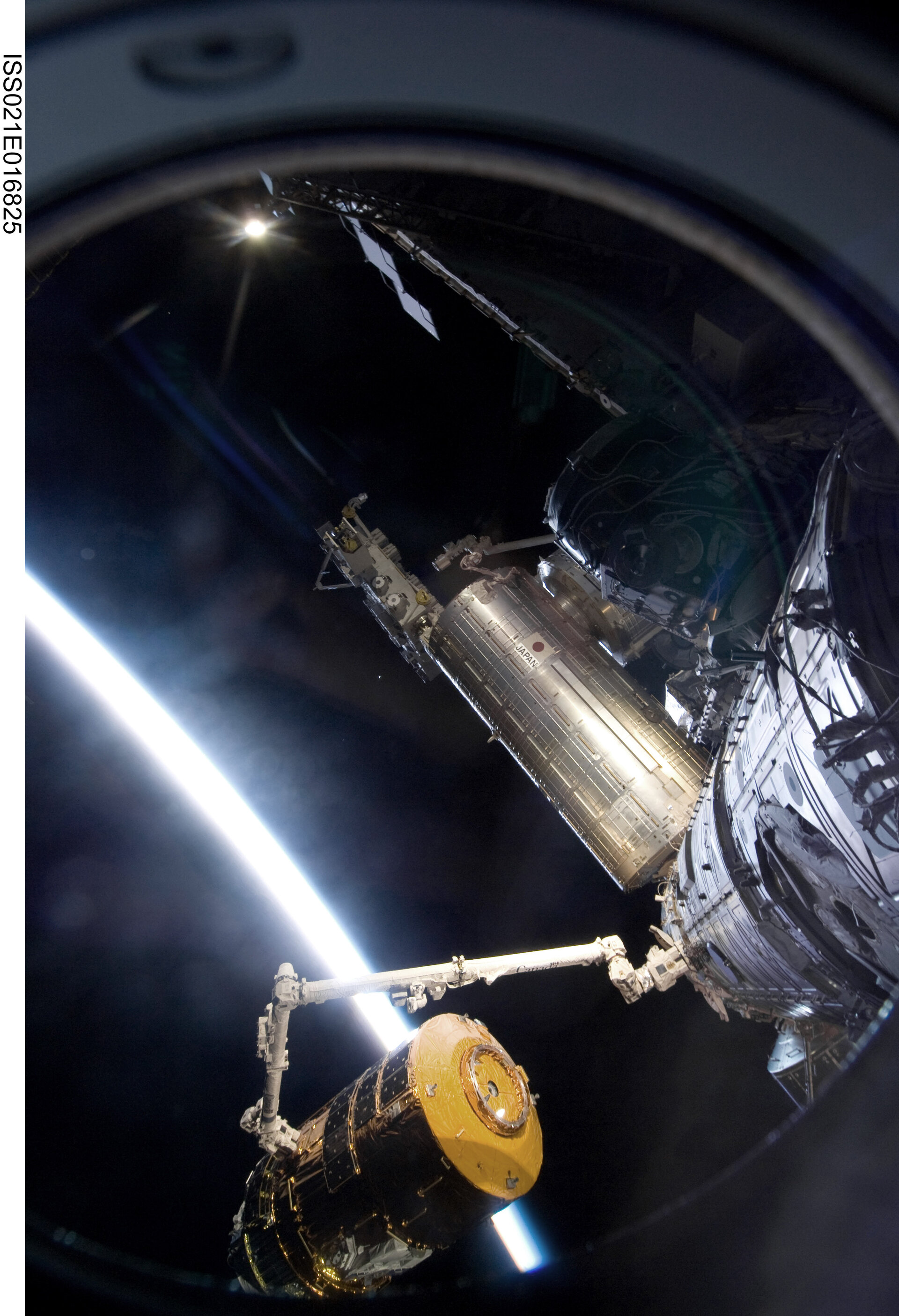 ISS021-E-016825 (30 Oct. 2009) --- Backdropped by the thin line of Earth's atmosphere and the blackness of space, the International Space Station's Canadarm2 unberths the unpiloted Japanese H-II Transfer Vehicle (HTV) in preparation for its release from the Station. ESA astronaut Frank De Winne, Expedition 21 commander; NASA astronaut Nicole Stott and Canadian Space Agency astronaut Robert Thirsk, both flight engineers, used the Station's robotic arm to grab the HTV cargo spacecraft, filled with trash and unneeded items, and unberth it from the Harmony node's nadir port. The HTV was successfully unberthed and released from the Station's Canadarm2 on 30 October 2009.