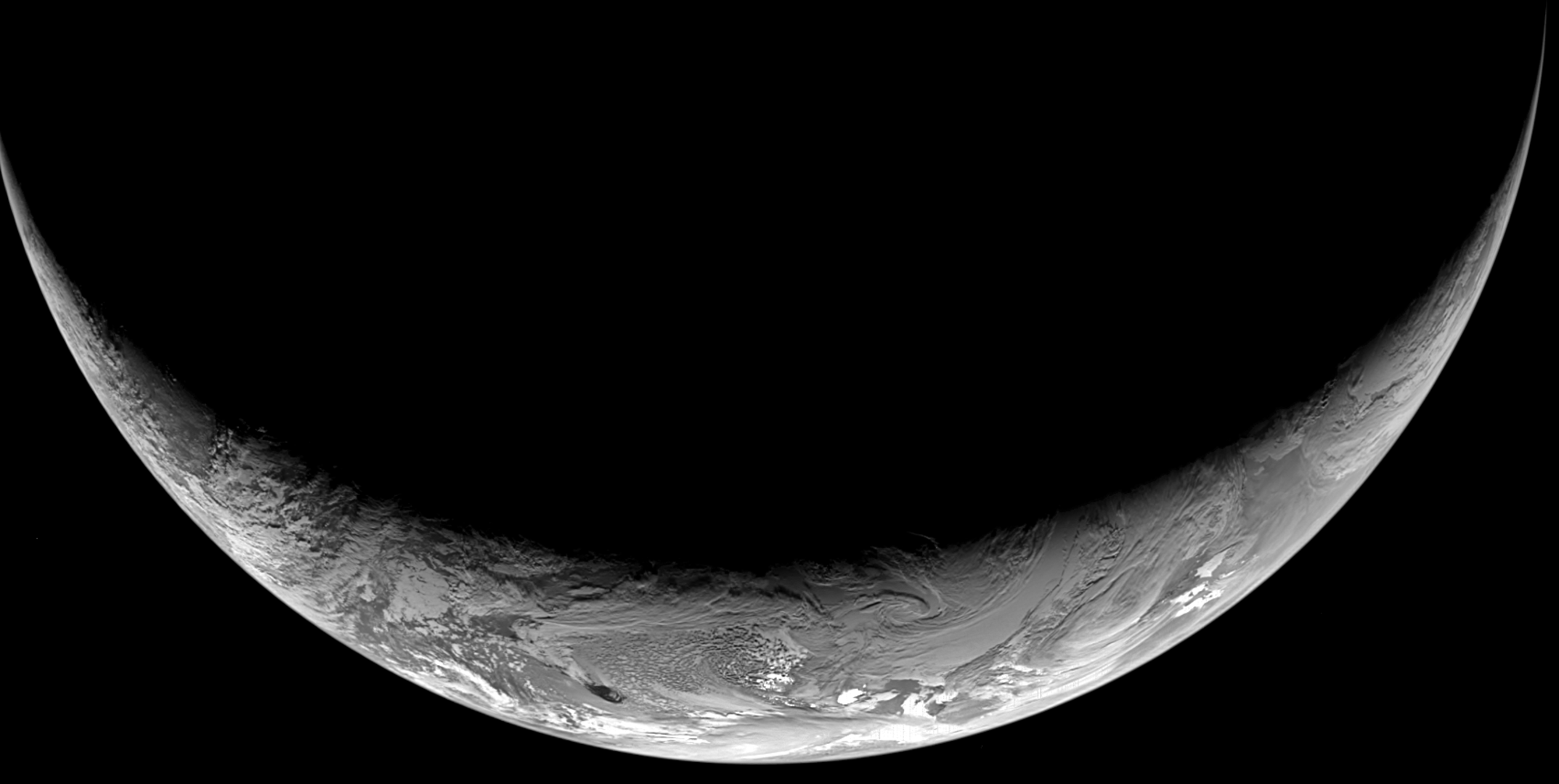 Clouds over the South Pacific

Taken three minutes before the image above on 13 November at 06:45 CET, this image is shown in a logarithmic scale to bring out details in the varying light intensity. As a result the scene looks roughly the same as it would appear to the unaided human eye.