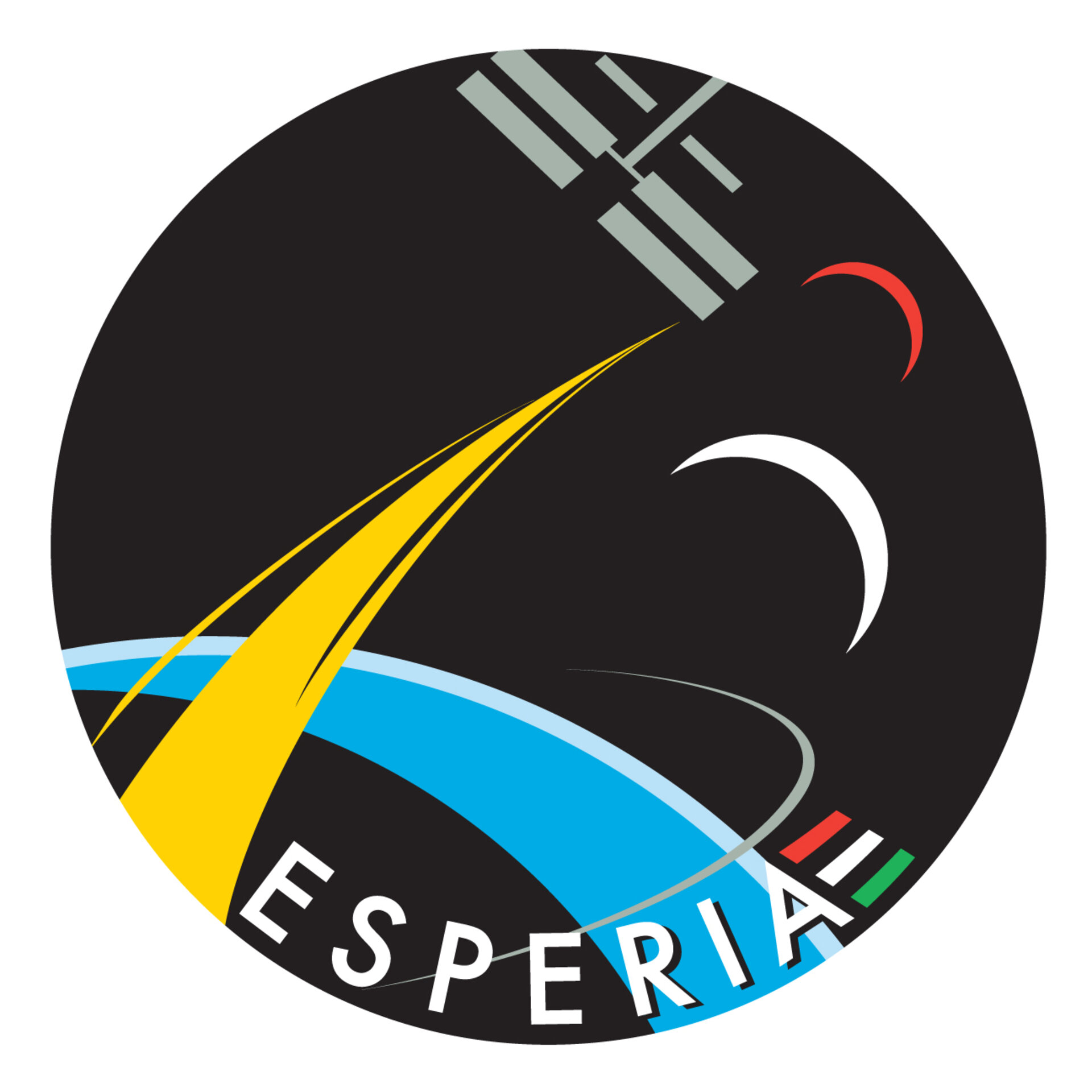 The mission was called 'Esperia' from the Ancient Greek name for the Italian peninsula. The name reflects how Nespoli's mission was a showcase of Italian technology with the delivery of the Italian-built Node-2, and suggests Italy's long-term commitment to space exploration.


It also reflects how this flight opportunity stems from the involvement of ASI and Italian industry in providing three pressurised cargo containers for NASA (the Multipurpose Logistic Modules, or MPLMs) under a bilateral agreement.


The logo was designed by Giorgetto Giugiaro and Italdesign SpA, under a sponsorship agreement with the Italian space agency (ASI). The logo depicts how Esperia is key in the completion of the ISS, shown at the top of the patch. The mission is a stepping stone to further exploration with the Moon (in white) and Mars (in red) depicted close to the ISS. The role of Italy and ASI in Europe and in the international arena, not only for this mission but for future exploration, is shown by the red, white and green colours of the Italian flag at the bottom right of the logo.