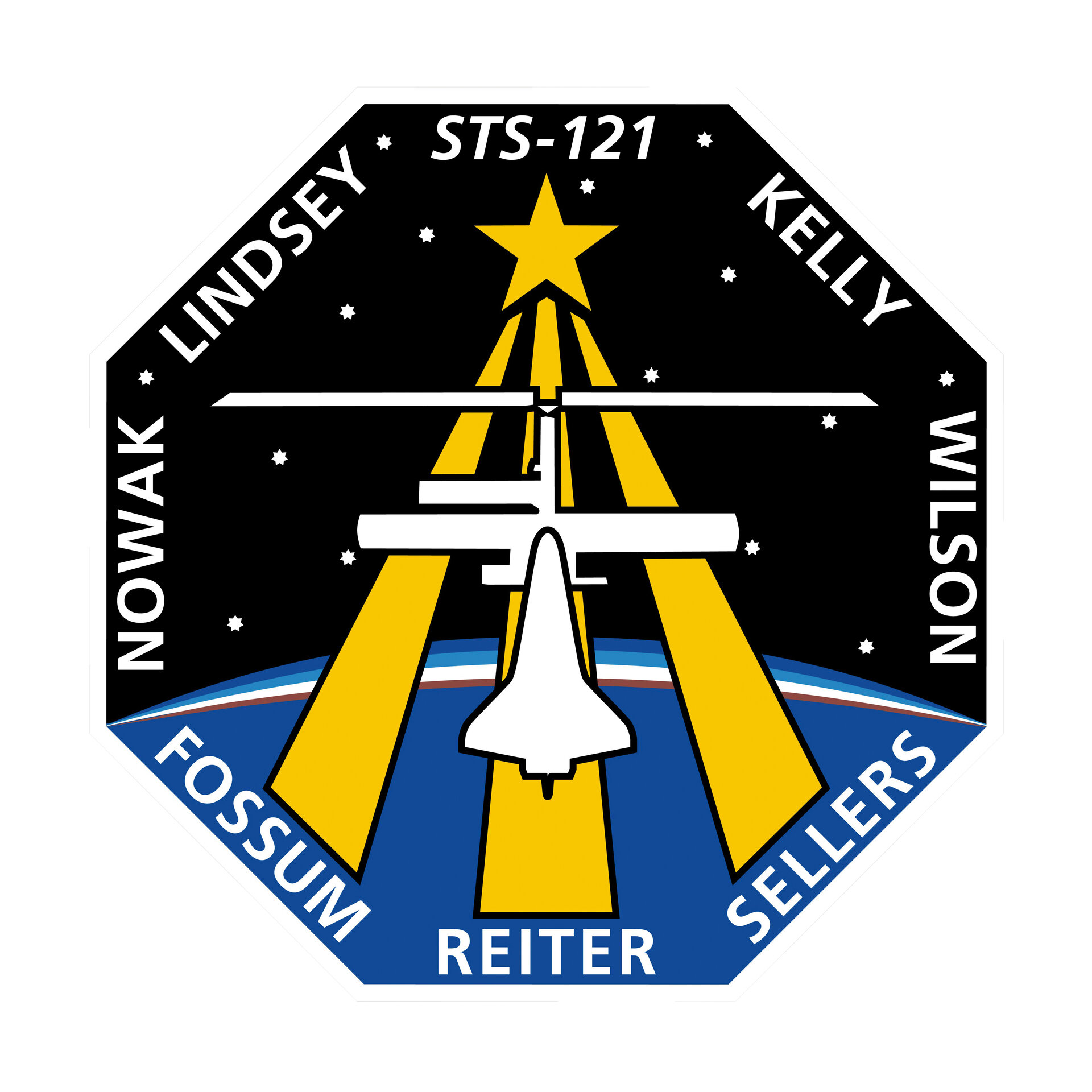 ESA astronaut Thomas Reiter (DE) flew on the Space Shuttle Discovery STS-121 to join Expedition 13 in July 2006 as part of the Astrolab mission. He later became part of Expedition 14 before returning to Earth aboard the Discovery STS-116 flight six months later. Reiter has logged over 350 days in space, the most by any non-American or non-Russian astronauts.

The STS-121 patch depicts the Space Shuttle Atlantis docked with the ISS in the foreground, overlaying the astronaut symbol with three gold columns and a gold star. The ISS is shown in the configuration that it will be in during the STS-121 mission. The background shows the nighttime Earth with a dawn breaking over the horizon. STS-121, mission ULF1.1, is the final Shuttle Return-to-Flight test mission. This utilisation and logistics flight will bring a Multipurpose Logistics Module (MPLM) to the ISS with several thousand pounds of new supplies and experiments.