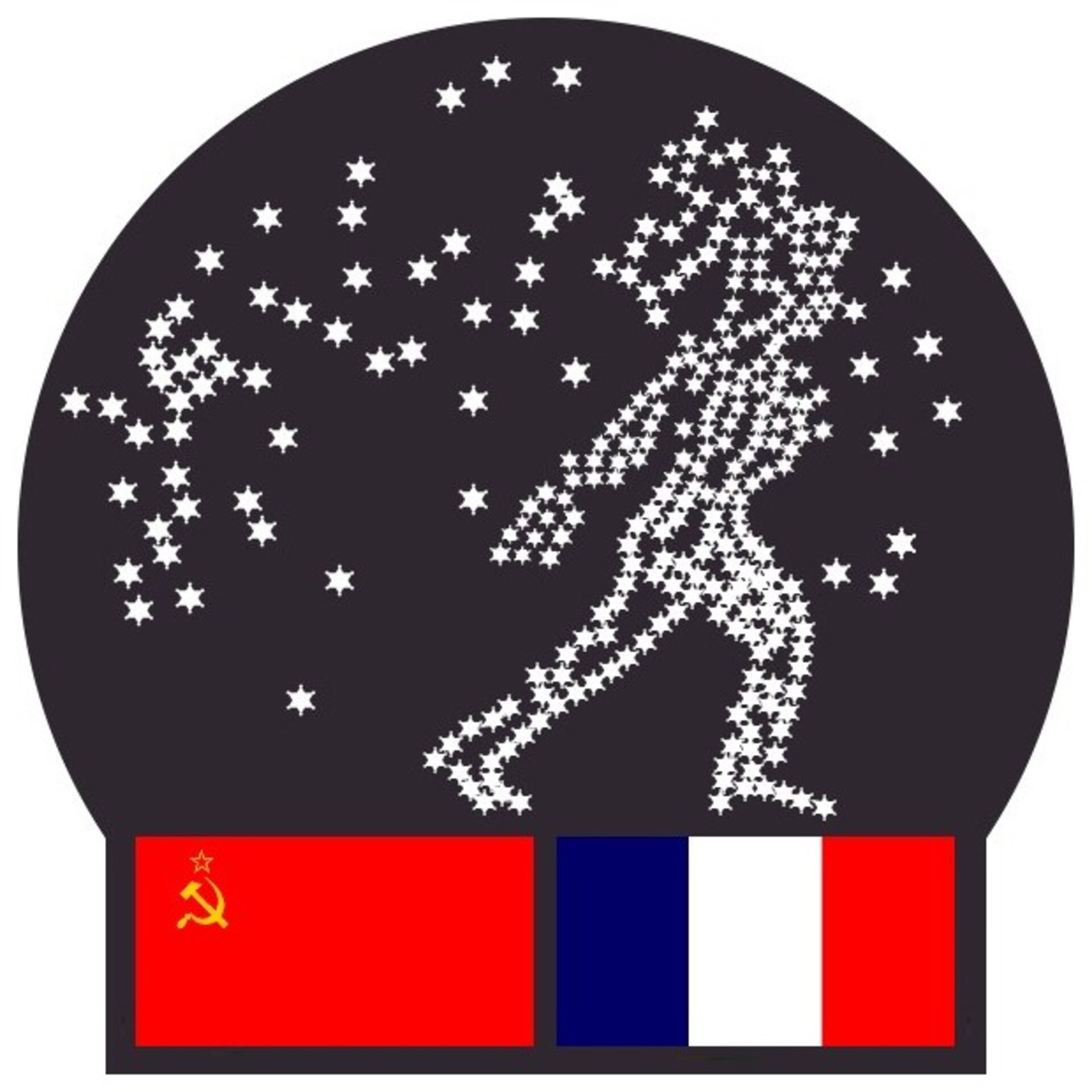 CNES cosmonaut Jean-Loup Chrétien was the first Frenchman and first Western European in space on Soyuz T6, from 24 June to 2 July 1982. He flew with Russians Vladimir Dzhanibekov and Aleksandr Ivanchenkov to the Salyut 7 space station, and spent nearly 8 days in space.

The artwork for the mission patch, 'L'Homme etoile' (Starman), was designed by Michel Granger of Zigzag Enterprises.