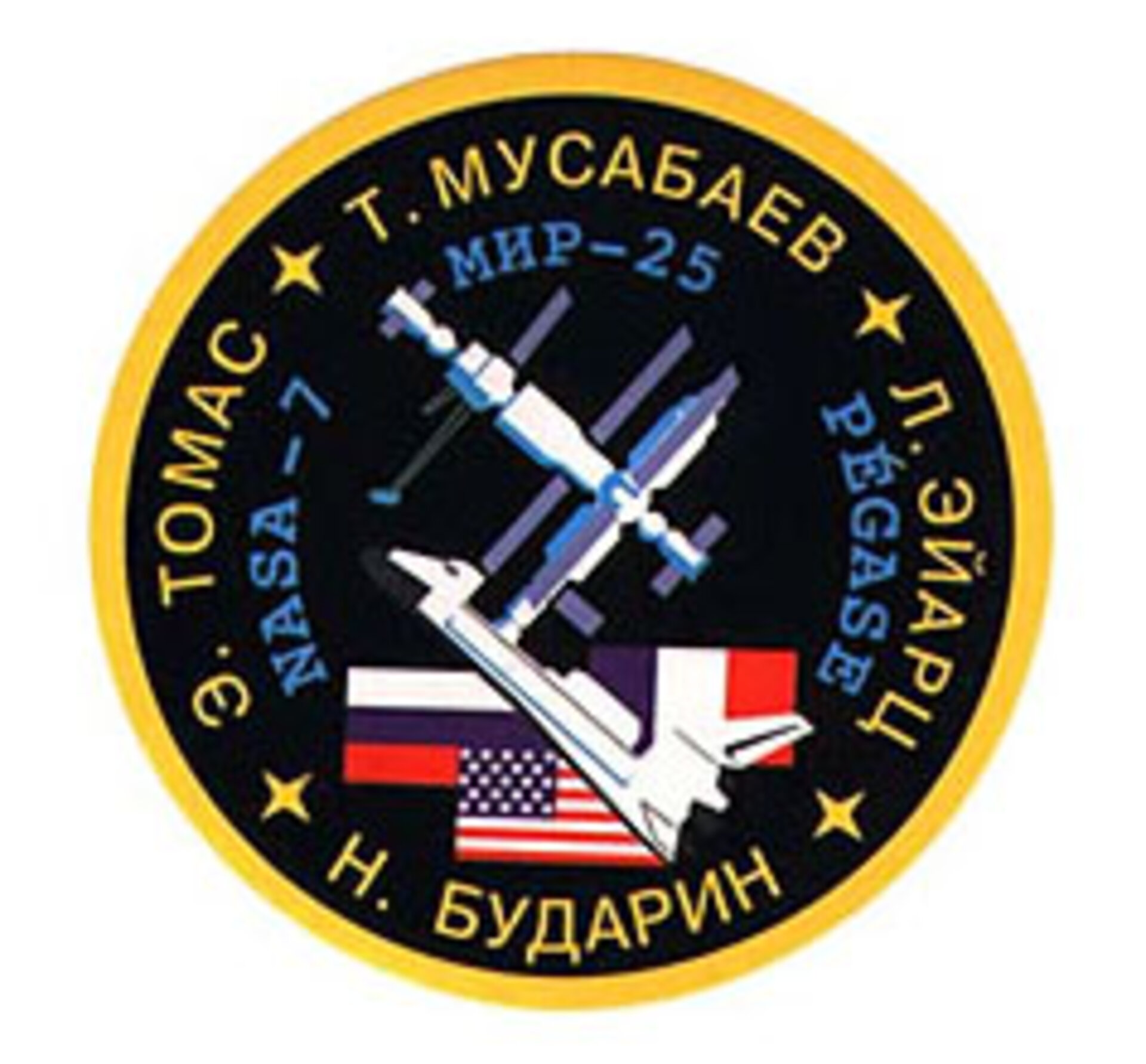 CNES astronaut Léopold Eyharts (FR) flew to the Mir space station in February 1998 on Soyuz TM-27. During his first space mission, he flew with Russian cosmonauts Talgat Musabayev and Nikolai Budarin. He joined ESA shortly after this mission, in August 1998.

Two flight/crew patches were produced, one from a group called Planeta Zemlja and another from Novosti Kosmonavtiki/Spaceview. The Planeta Zemlja version, designed by Dmitriy Shcherbinin, was chosen as the official flight patch, worn by the crew on their training flightsuits.