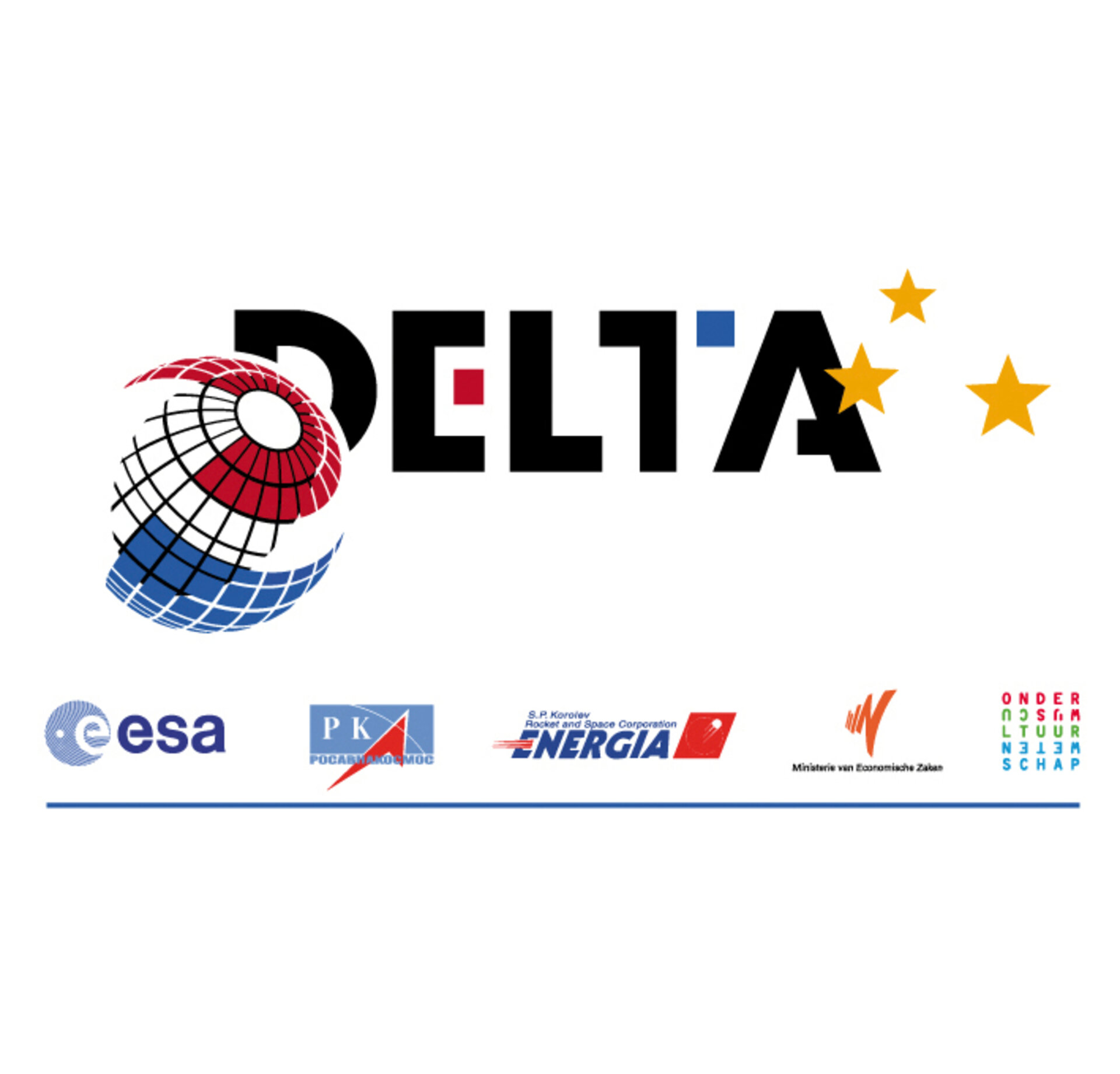 During the 11-day 'Delta' mission, ESA astronaut André Kuipers (NL) stayed on the International Space Station for 9 days when he flew on Soyuz TMA-4 in April 2004. With him were fellow crewmembers Gennadi Padalka (RUS) and Michael Fincke (US).

The Delta mission logo designed by the Dutch design agency Crasborn BV, and shows the mission name sheltered behind a planet with three stars. The planet represents Earth and takes the colours of the Dutch tricolour flag: red, white and blue. The red and blue primary colours also appear in the name DELTA, together with the third primary colour yellow in the stars and with the black letters on a white background. This is represents the De Stijl art movement (1917-31), started by a group of Dutch artists and architects including Theo van Doesburg, Gerrit Rietveld and Piet Mondrian, the latter whose paintings typified the movement's philosophy. They advocated abstraction and simplicity with the reduction to primary colours with black and white, and using basic geometric forms.

The three stars in the logo represent more than a link to colourful Dutch art history, and the obvious goal of space in the mission, they also represent the three partners in the DELTA mission: ESA, the Dutch Government and the Russian space agency (now the Russian Federal Space Agency, FKA).