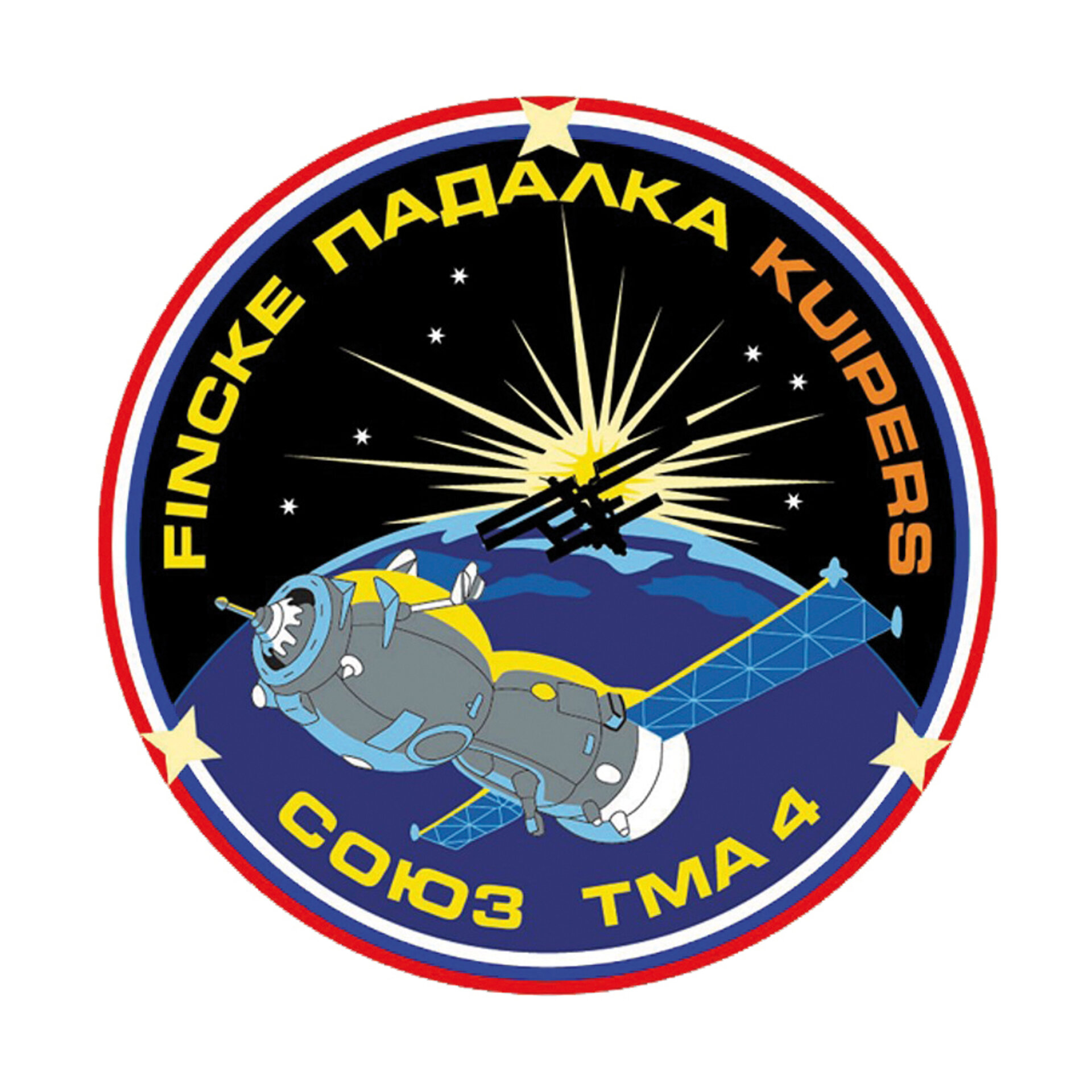 ESA astronaut André Kuipers (NL) flew on Soyuz TMA-4 and stayed on the International Space Station for 9 days during his 11-day Delta mission in April 2004. With him were fellow crewmembers Gennady Padalka (RUS) and Michael Fincke (US).

The Soyuz TMA-4 patch was designed by Dutch Spaceview artist Luc van den Abeelen. The design features the Soyuz spacecraft flying over Earth. The sunrise, a symbol of optimism and future, outlines the silhouette of the ISS. There are two groups of stars; four to the left and three to the right, they form 43, for the week of 43rd anniversary of Yuri Gagarin's first manned flight during which Soyuz TMA-4 will be launched. Together, the seven stars also represent the crew of the tragically lost Space Shuttle Columbia. The border is divided by three stars, for the three crewmembers, and the colours represent the flags of Russia, USA and the Netherlands. The crew names are divided into Expedition 9 (Fincke and Padalka in yellow) and Kuipers (in orange, the national colour of the Netherlands).

Luc van den Abeelen said, "I wanted this patch to express the pride of manned spaceflight, and get some of the 'feel' of the old Apollo patches."