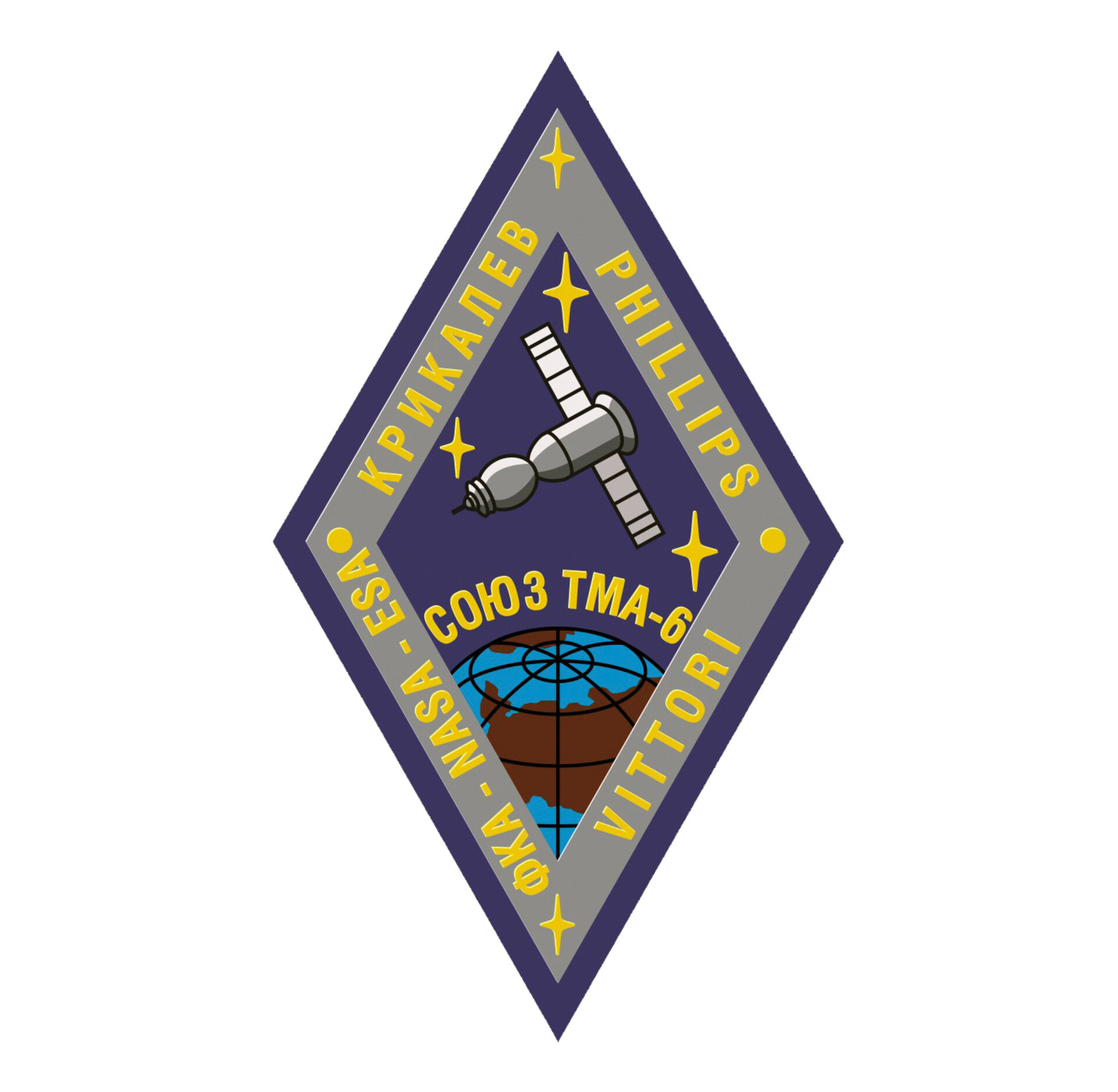 ESA astronaut Roberto Vittori (IT) became the first European astronaut to visit the ISS twice when he flew on the Soyuz TMA-6 flight in April 2005. He stayed on the International Space Station for nearly 8 days during his 10-day 'Eneide' mission. With him were fellow crewmembers Sergei Krikalev (RUS) and John Phillips (US).

The TMA-6 flight patch was designed by Alex Panchenko. He described the diamond-shaped patch as a result of his joint work with Sergei Krikalev.

He said, "Same as previous the Soyuz TMA-5 patch, this design was also born in Starbucks Coffee, in Santa Monica, California. Sergei had a final stage of preparation in Houston and one of last weekends spent on Pacific Coast in California. For Sergei, the new Soyuz flight would his sixth space mission and we wanted a patch to be a diamond, as with many Soviet/Russian Academy graduation badges. At the same time we wanted the design to be very simple and basic, without complicated ideas and symbols. It took around 15 minutes for a couple basic drawings on coffee shop napkins and it was done."

The limited production patches were made in two variants: a handmade wire patch and roughly machine-embroidered one in Russia. This patch was worn for the first time by Krikalev on his training suit during the last weeks of preparation for the flight in Star City, Moscow.