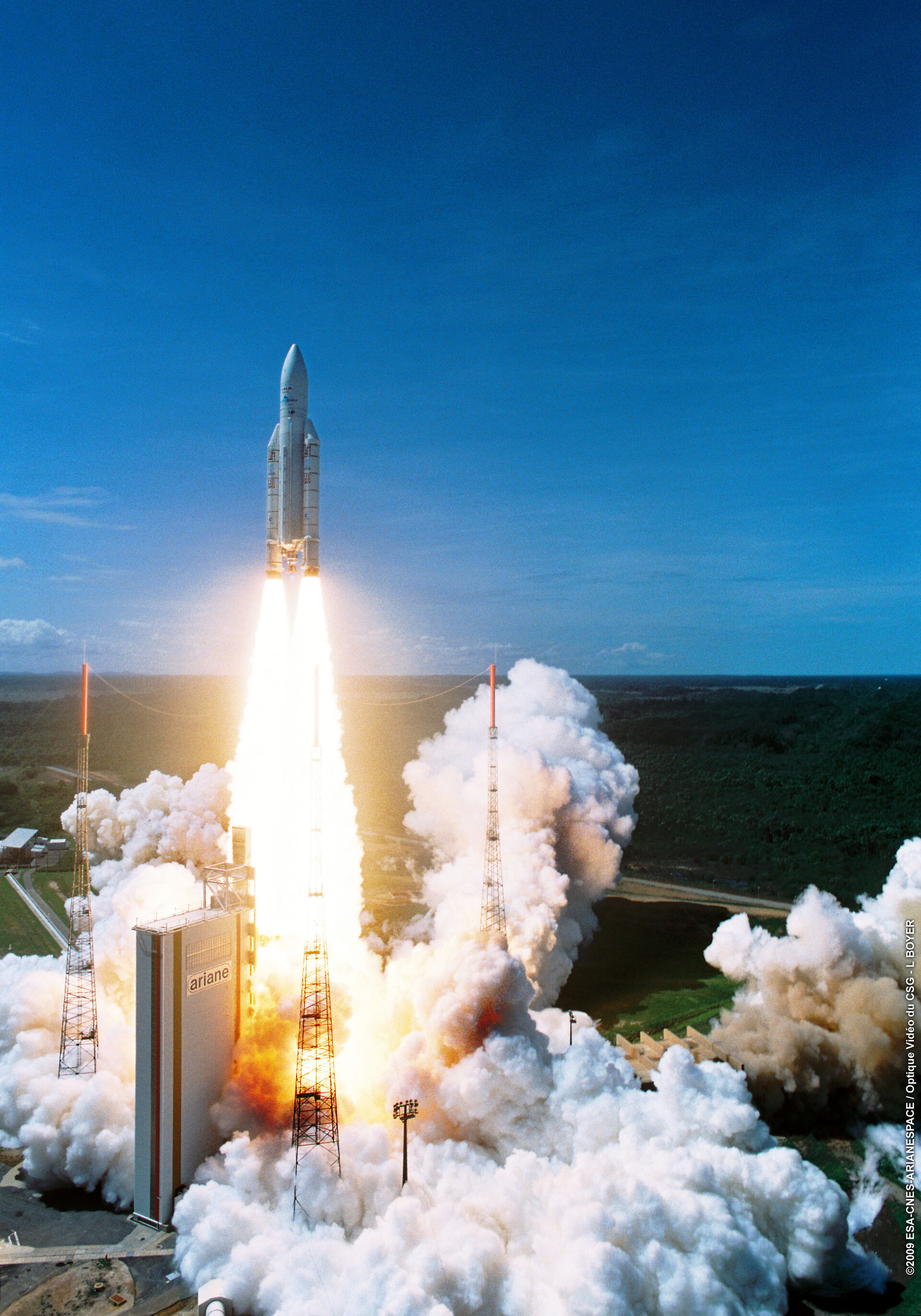 On 18 December 2009, an Ariane 5 GS launcher lifted off from Europe’s Spaceport in French Guiana on a journey to place the French military reconnaissance satellite Helios-2B into Sun-synchronous polar orbit. Flight V193 was the seventh Ariane 5 launch of 2009 and used the last of the GS variant of the launcher.

Liftoff of the 49th Ariane 5 mission took place at 17:26 CET/Paris (16:26 UTC; 13:26 French Guiana). The satellite was accurately injected into its target orbit about 59 minutes later. The payload mass for this launch was 5954 kg; the satellite mass was 4200 kg, with payload adapters and dispensers making up the additional 1754 kg.