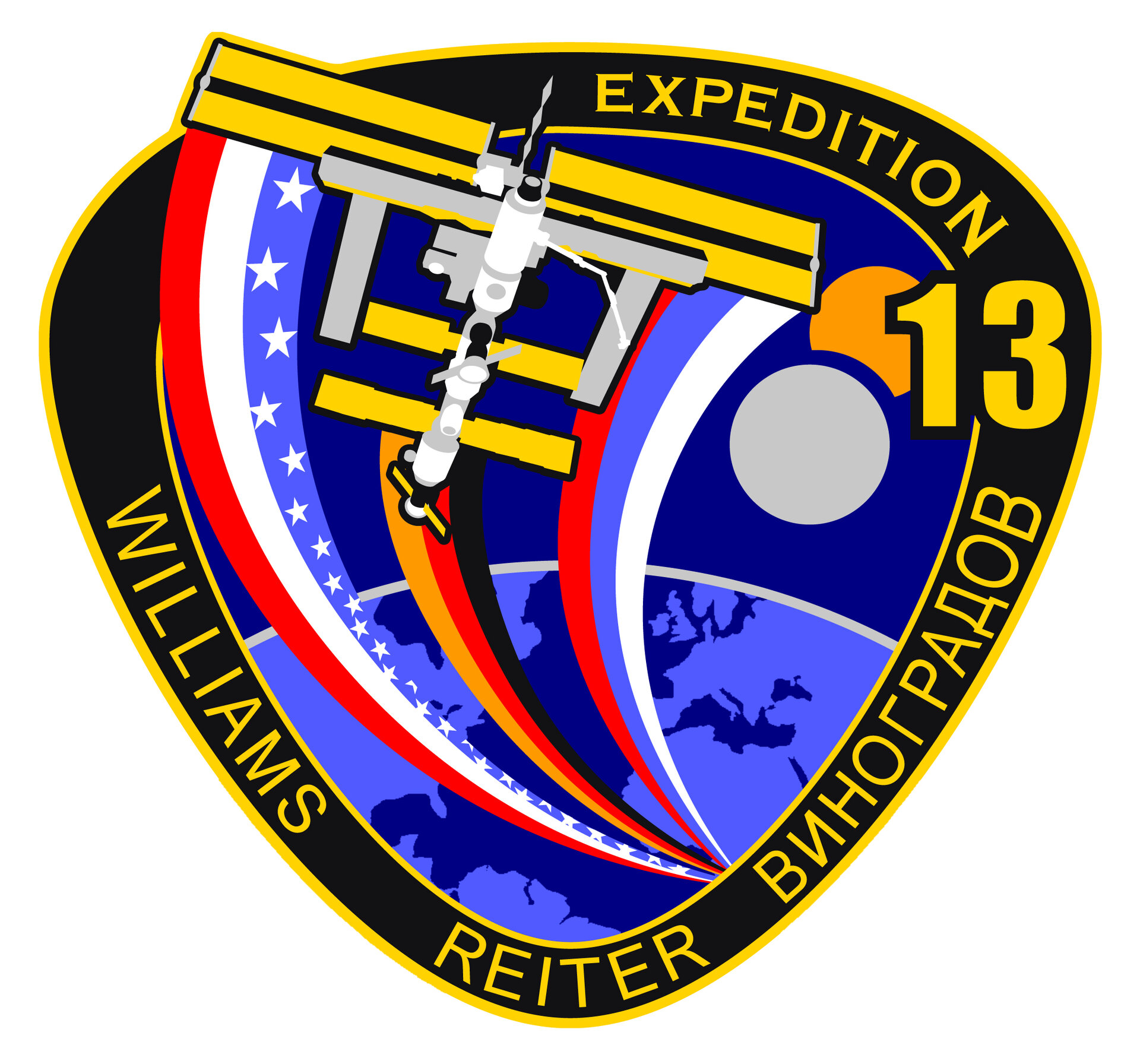 ESA astronaut Thomas Reiter (DE) flew on the Space Shuttle Discovery STS-121 to join Expedition 13 in July 2006 as part of the Astrolab mission. He later became part of Expedition 14 before returning to Earth aboard the Discovery STS-116 flight six months later.

The Expedition 13 patch depicts the ISS in its configuration at the start of the six-month expedition with trailing elements from the country flags representing the crew members - cosmonaut Pavel Vinogradov, astronaut Jeffrey Williams and Reiter. The crew members made the following statement about their patch: "The dynamic trajectory of the space station against the background of Earth, Mars, and the Moon symbolizes the vision for human space exploration beyond Earth orbit and the critical role that the ISS plays in the fulfilment of that vision."