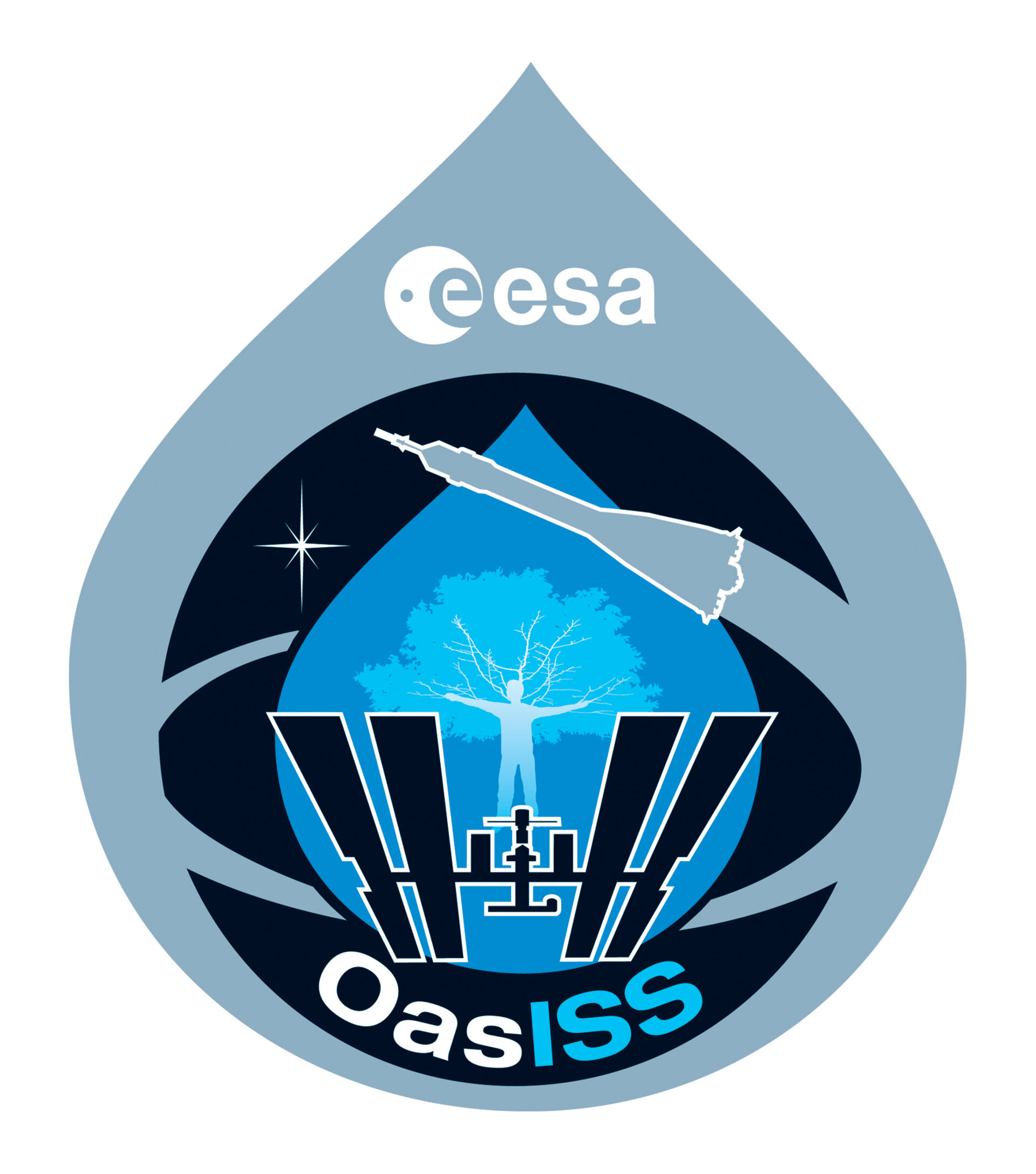 During the OasISS mission, ESA astronaut Frank De Winne (BE) spent six months on the ISS between May and November 2009. He became the first European commander of an ISS Expedition.


The mission patch depicts the ISS and Earth as oases for astronauts and humankind, and features the theme of water as the basis of life as we know it. Our planet is shown as a drop of water, resembling Earth as seen by the astronauts on the ISS. The importance of water for life is represented by the tree that grows out of the arms of a man. He is rooted in the ISS and its scientific utilisation. Water flows through the man’s arms and the branches of the tree.

The rocket illustrates the Soyuz that will carry De Winne to the ISS. A single white star symbolises how humans will eventually explore further into the Universe.