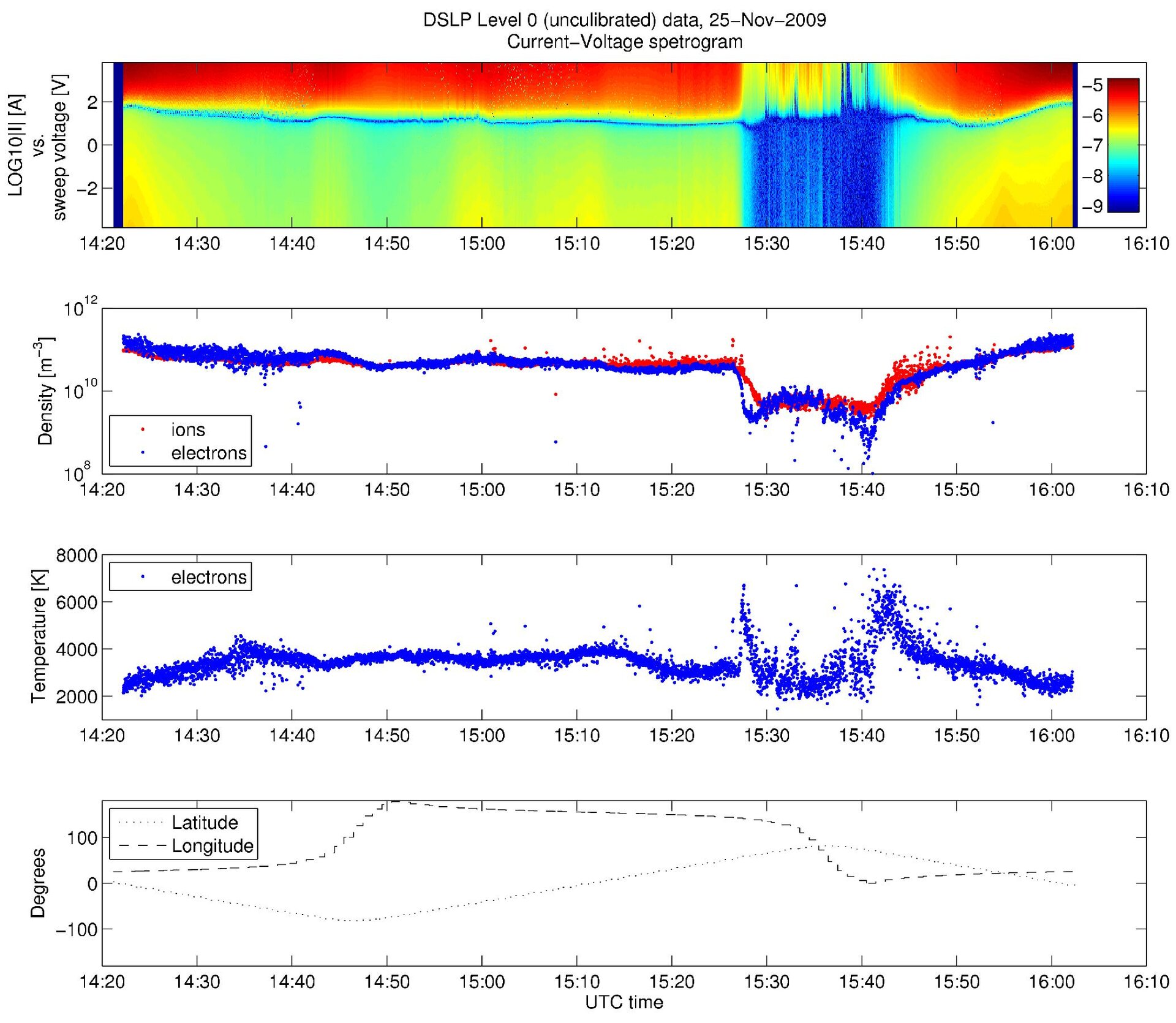 Preliminary scientific analysis of uncalibrated DSLP (Dual Segmented Langmuir Probe) data set acquired from one full Proba 2 orbit during the commissioning phase. Main scientific products from measured current-voltage characteristics (upper panel) represent electron and ion densities and electron temperature (two middle panels). Bottom panel displays S/C latitude and longitude. Several typical large scale features are already clearly visible in the first data sets. A substantial decrease of measured current is observed roughly between 15:28 and 15:43 UTC and disturbances in observed densities and electron temperature are related to crossing of the CUSP region at the north pole where Proba 2 S/C also entered into the eclipse. On the other hand, increased measured current, and thus plasma density, is observed in the equatorial region on the dusk side of the orbit (around 14:25 and 16:02 UTC) - a typical ionospheric phenomenon known as the equatorial anomaly.

Initial in-flight tests of the DSLP instrument were performed during the Proba-2 commissioning phase within the third and forth week after the launch of the satellite. First connection with the DSLP processing unit was successfully established on November 18, 2009, and data acquired in the mission operations centre (Redu, Belgium) confirmed a good health status of the whole experiment. In the following days, the DSLP team verified
the functionality and data acquisition in all DSLP scientific modes. Till now, already more than 15 000 scientific data samples were acquired including current-voltage characteristics from all DSLP segments and also electric filed measurements between the two DSLP sensors. Preliminary scientific analysis of DSLP measurements shows good qualitative agreement with theoretical models and observed plasma characteristics are corresponding to predicted properties of ionospheric plasmas.