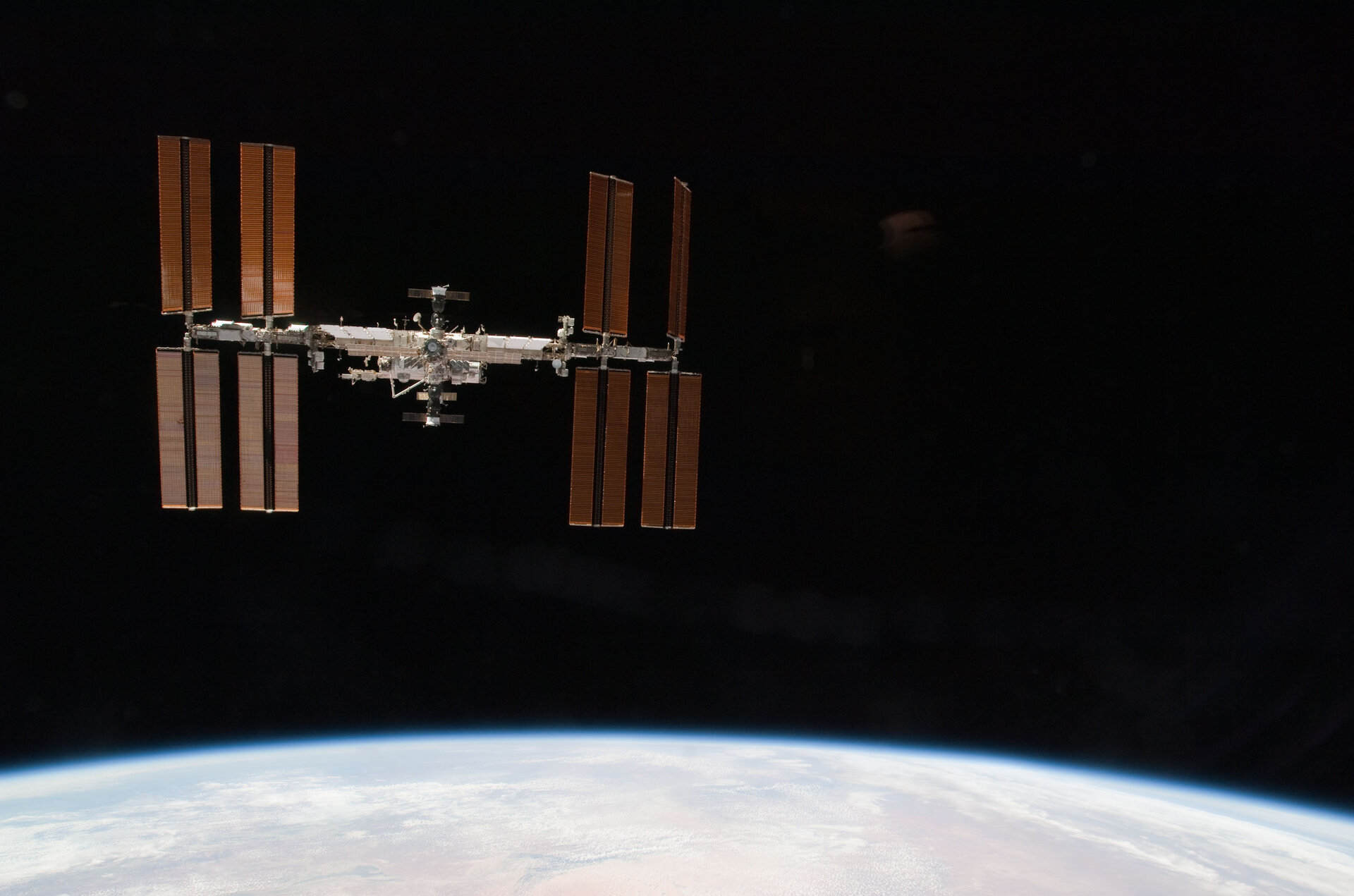 ISS backdropped by a blue and white part of Earth

Backdropped by Earth's horizon and the blackness of space, the International Space Station is featured in this image photographed by an STS-130 crew member on space shuttle Endeavour after the station and shuttle began their post-undocking relative separation. Undocking of the two spacecraft occurred at 01:54 CET on 20 February 2010.