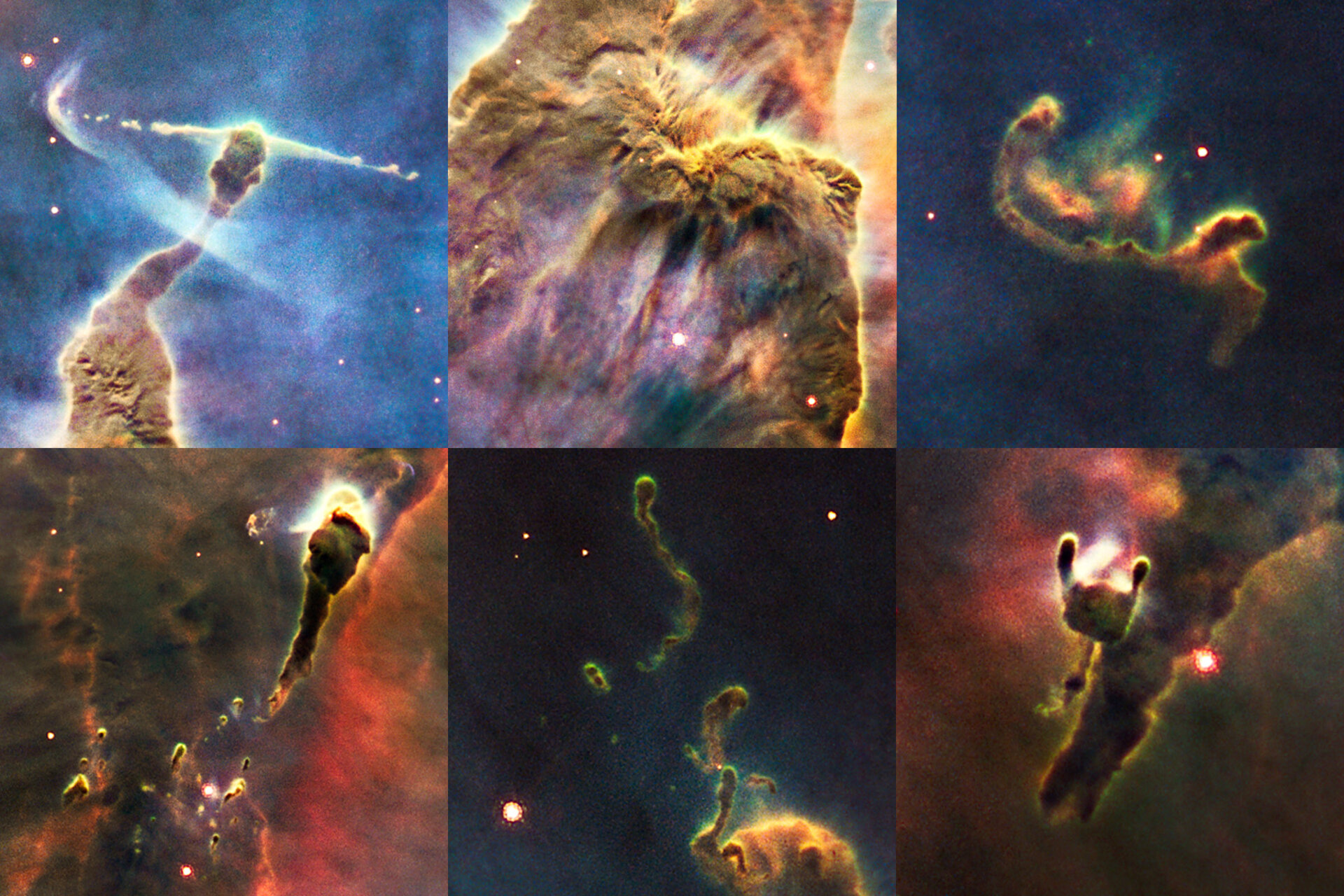 Details in a cosmic pinnacle

This is a series of close-up views of the complex gas structures in a small portion of the Carina Nebula. The nebula is a cold cloud of predominantly hydrogen gas. It is laced with dust, which makes the cloud opaque. The cloud is being eroded by a gusher of ultraviolet light from young stars in the region. They sculpt a variety of fantasy shapes, many forming tadpole-like structures. In some frames, smaller pieces of nebulosity can be seen freely drifting, such as the structure, four trillion kilometres long, at upper right. The most striking feature is a horizontal jet 5.5 trillion kilometres long in the upper left frame. It is being blasted into space by a young star hidden in the tip of the pillar-like structure. A bowshock has formed near the tip of the jet.