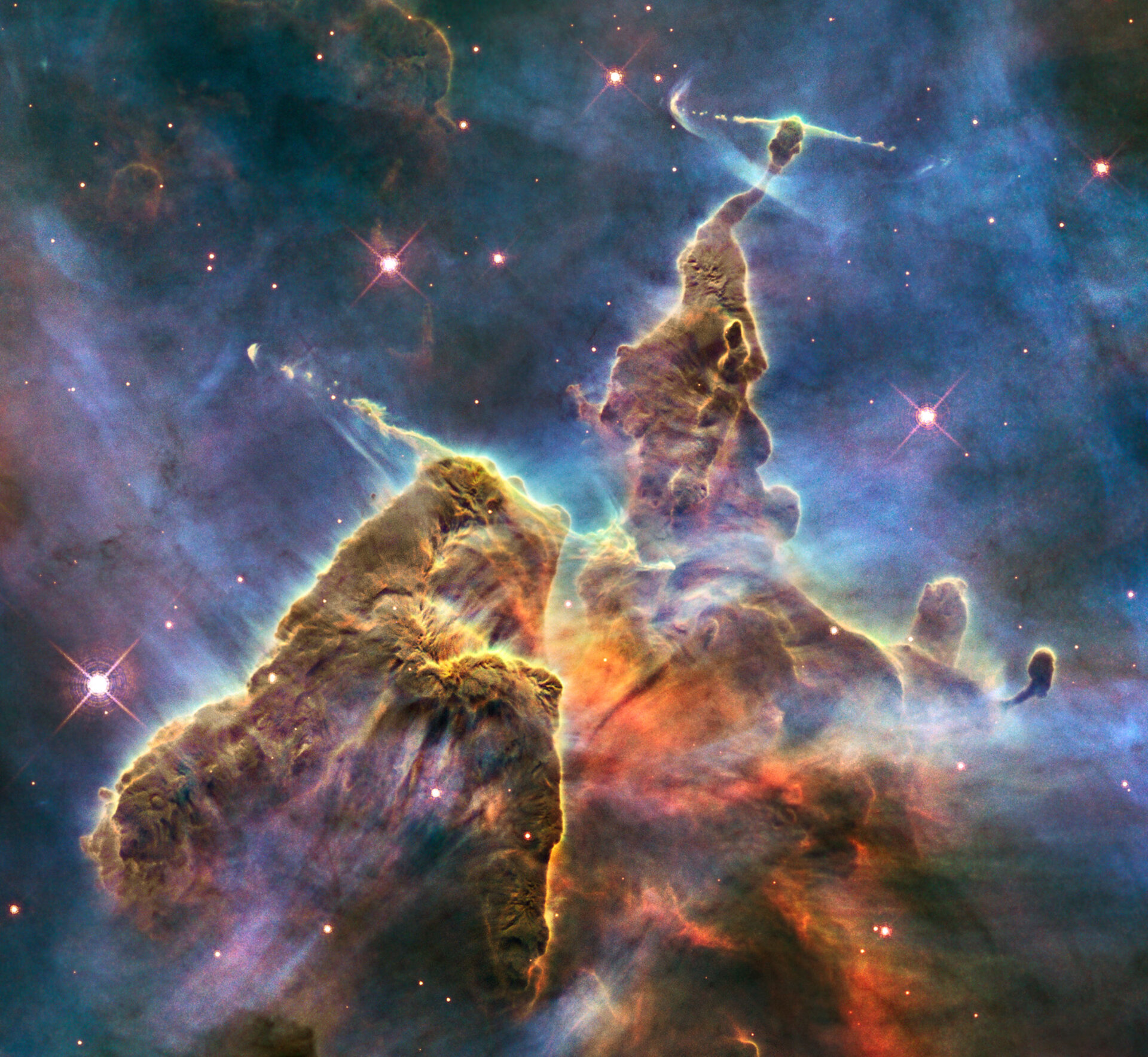 This craggy fantasy mountaintop shrouded by wispy clouds looks like a bizarre landscape from Tolkien’s The Lord of the Rings. The NASA/ESA Hubble Space Telescope image, which is even more dramatic than fiction, captures the chaotic activity atop a pillar of gas and dust, three light-years tall, which is being eaten away by the brilliant light from nearby bright stars. The pillar is also being assaulted from within, as infant stars buried inside it fire off jets of gas that can be seen streaming from towering peaks.

This turbulent cosmic pinnacle lies within a tempestuous stellar nursery called the Carina Nebula, some 7500 light-years away in the southern constellation of Carina. The image celebrates the 20th anniversary of Hubble's launch and deployment into orbit around Earth.

Scorching radiation and fast winds (streams of charged particles) from super-hot newborn stars in the nebula are shaping and compressing the pillar, causing new stars to form within it. Streamers of hot ionised gas can be seen flowing off the ridges of the structure, and wispy veils of gas and dust, illuminated by starlight, float around its towering peaks. The denser parts of the pillar are resisting being eroded by radiation.

Nestled inside this dense mountain are fledgling stars. Long streamers of gas can be seen shooting in opposite directions from the pedestal at the top of the image. Another pair of jets is visible at another peak near the centre of the image. These jets, known as HH 901 and HH 902, respectively, are signposts for new star birth and are launched by swirling gas and dust discs around the young stars, which allow material to slowly accrete onto the stellar surfaces.

Hubble’s Wide Field Camera 3 observed the pillar on 1-2 February 2010. The colours in this composite image correspond to the glow of oxygen (blue), hydrogen and nitrogen (green) and sulphur (red).