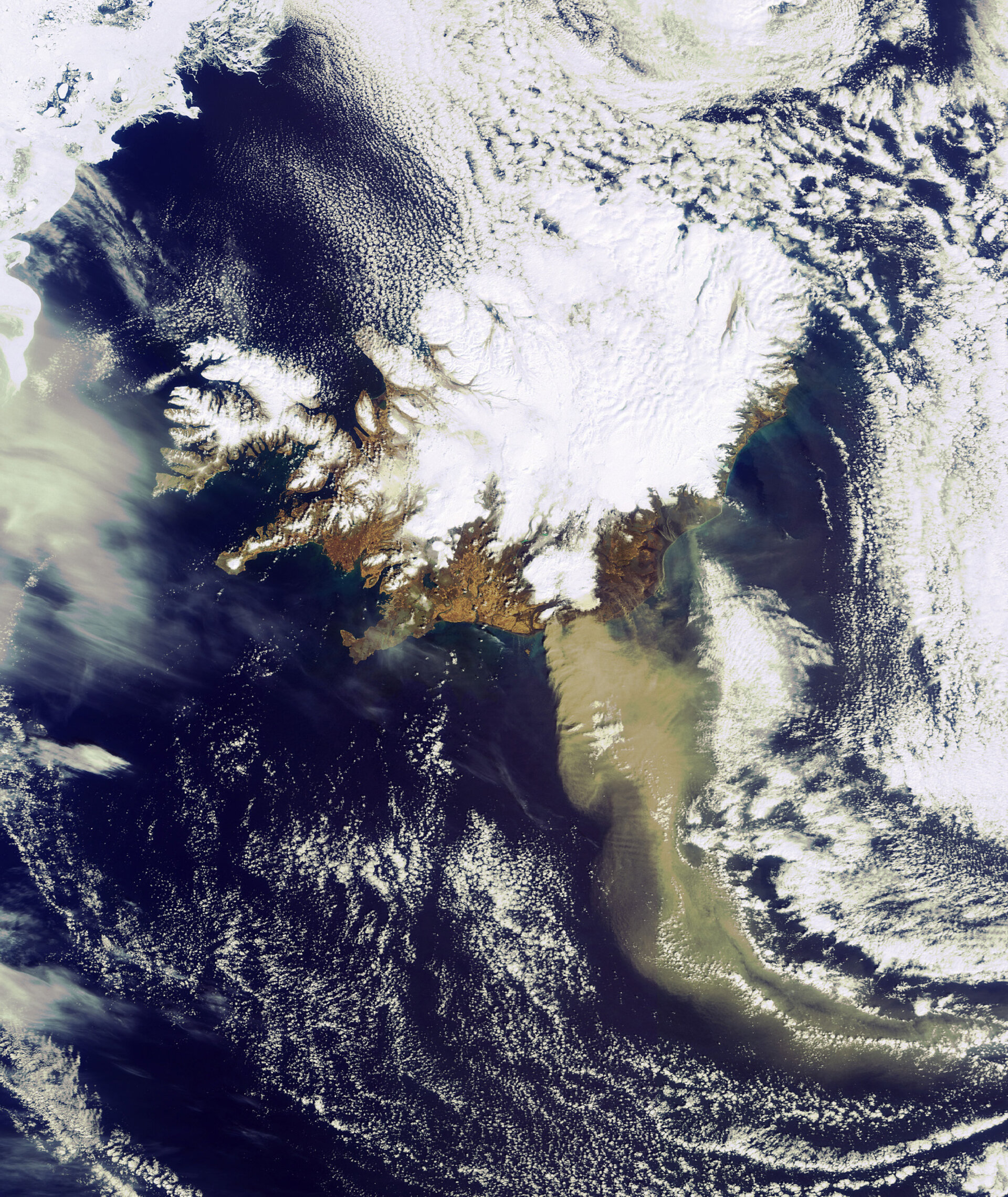 Plume of ash from the Eyjafjallajoekull Volcano

In this image taken on 19 April 2010 by ESA’s Envisat satellite, a heavy plume of ash from the Eyjafjallajoekull Volcano in Iceland is seen travelling in a roughly southeasterly direction. The volcano has been emitting steam and ash since its recent eruptions began on 20 March, and as observable, the emissions continue. The plume, visible in brownish-grey, is approximately 400 km long.