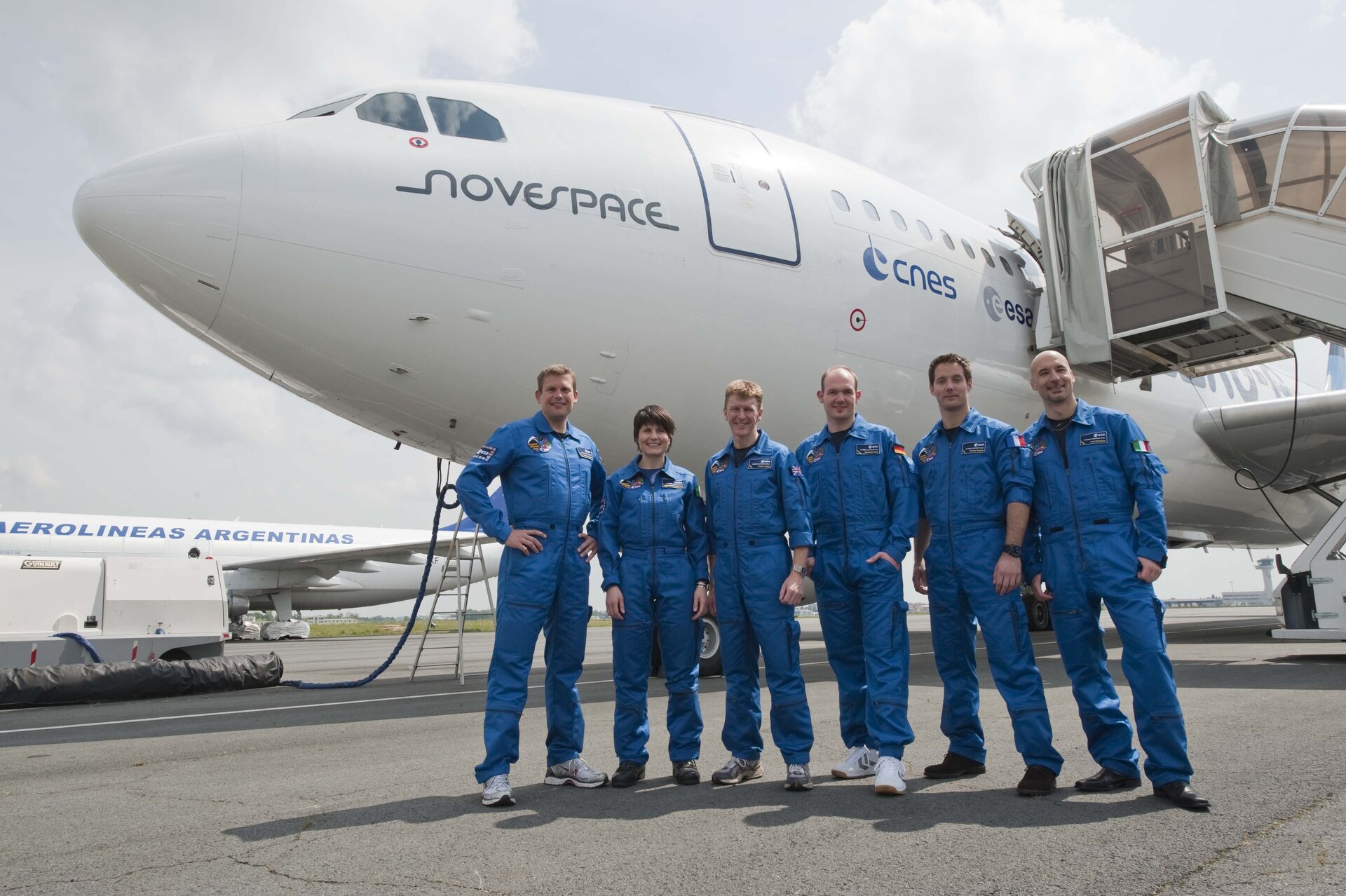 Europe's new astronaut candidates after their first parabolic flight on Friday, 7 May 2010. From left: Andreas Mogensen, Samantha Cristoforetti, Timothy Peake, Alexander Gerst, Thomas Pesquet and Luca Parmitano. They are officially called astronaut candidates until they complete basic training and pass a set of exams. This will happen in autumn 2010. The first of these new astronauts is expected to fly in space in 2012 or 2013.