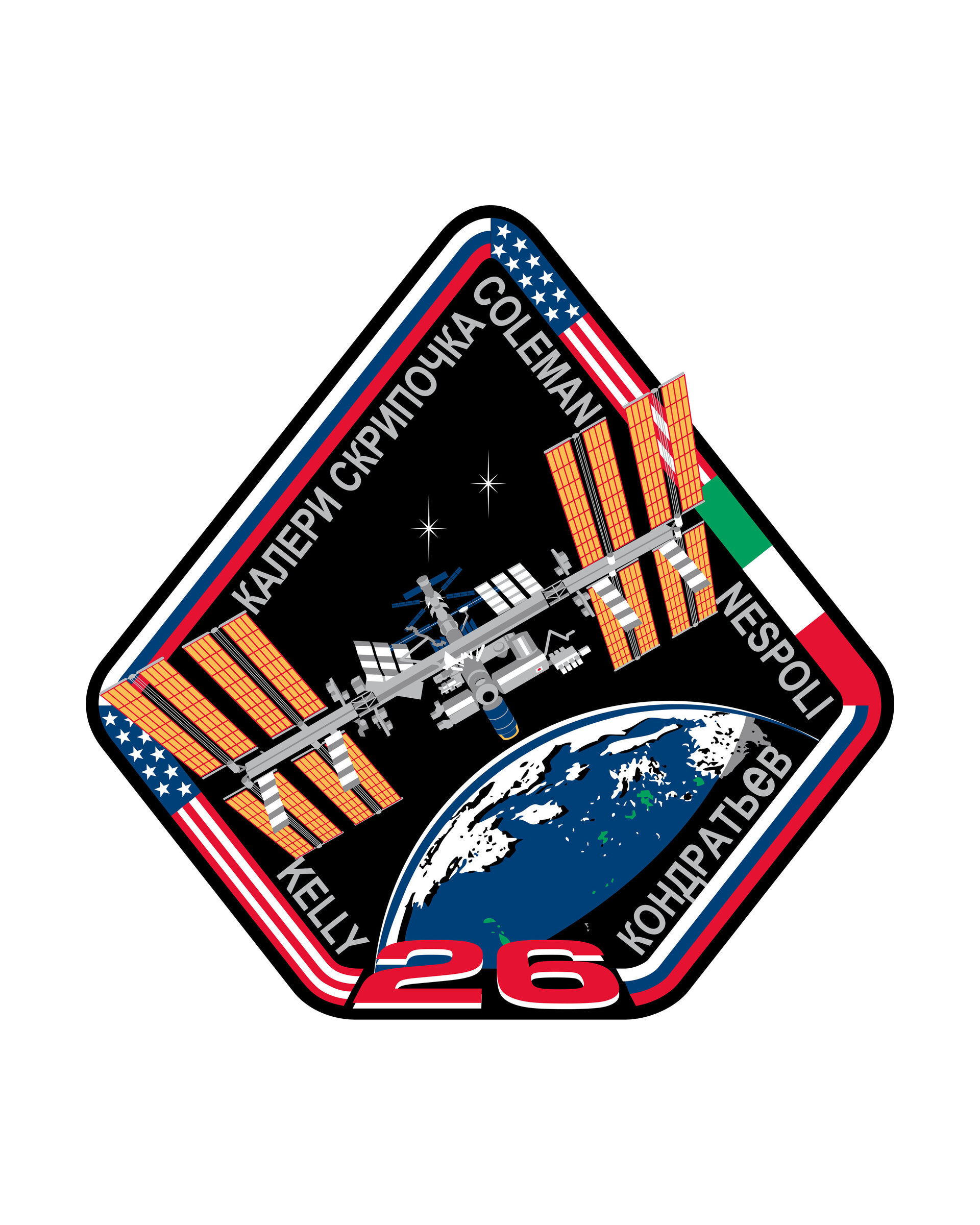 ESA astronaut Paolo Nespoli (IT) is assigned to fly on Soyuz TMA-20 to the ISS, scheduled for December 2010. Expedition 26 begins with Soyuz TMA-19 undocking in November 2010, with NASA astronaut Scott Kelly and Roscosmos cosmonauts Alexander Kaleri and Oleg Skripochka on the station. Nespoli and two crew members, Roscosmos cosmonaut Dmitri Kondratyev and NASA astronaut Catherine Coleman, will arrive shortly thereafter on TMA-20. These three will return in May/June 2011 on the same spacecraft.

In the foreground of the patch, the ISS is prominently displayed to acknowledge the efforts of the entire ISS team - the crews who have built and operated it, and the scientists, engineers and support personnel on Earth who have provided a foundation for each successful mission. Their efforts and accomplishments have demonstrated the station's capabilities as a technology testbed and a science laboratory, as well as a path to the human exploration of our Solar System and beyond.

The ISS is shown with the ESA's Automated Transfer Vehicle ATV Johannes Kepler docked to resupply it with experiments, food, water and fuel for Expedition 26 and beyond.

The Expedition 26 patch represents the teamwork among the international partners (USA, Russia, Japan, Canada and ESA) and the ongoing commitment from each partner to build, improve and use the ISS. The two stars symbolise two Soyuz spacecraft, each one carrying a three-member crew, who for four months will work and live together on the ISS as Expedition 26. The patch shows the crew names, framed with the flags of their countries: USA, Russia and Italy.