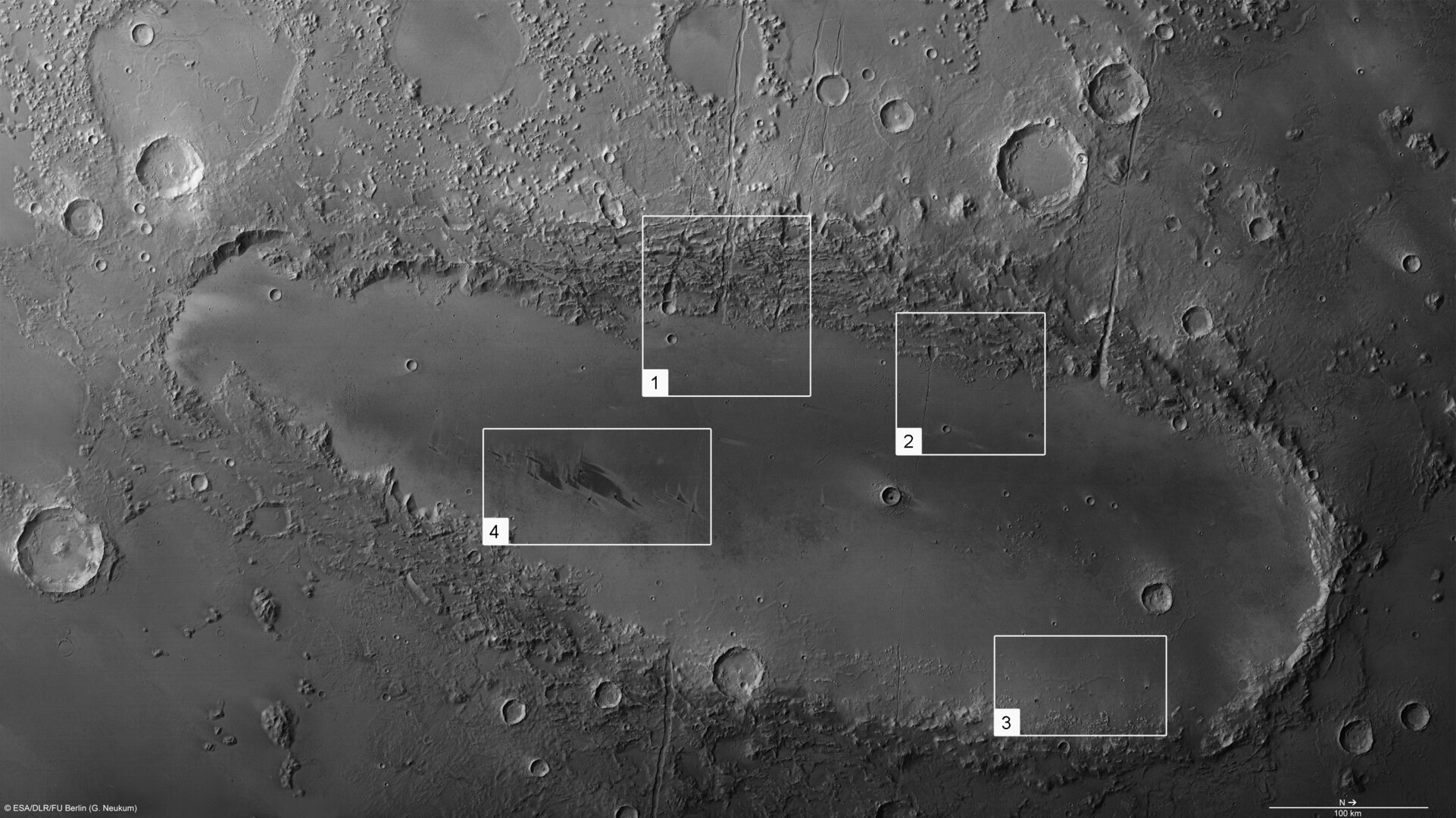 Features in Orcus Patera on Mars

The existence of tectonic forces at Orcus Patera is evident from the numerous large graben that cut across its rim (Box 1) (Note: there is nothing unusual about this as tectonic forces are present everywhere). Up to 2.5 km wide, the graben are oriented roughly east–west and are only visible on the rim and the nearby surroundings. Large graben within the depression are not visible, having been covered by later deposits. However, smaller graben are present (Box 2). They indicate that several tectonic events have occurred in this region and also suggest that multiple episodes of deposition have taken place. The occurrence of ‘wrinkle ridges’ within the depression proves that not just extensional forces, as needed to create graben, but also compressive forces shaped this region (Box 3). The dark shapes near the centre of the depression were probably formed by wind-driven processes (Box 4), where dark material excavated by small impact events in the depression has been redistributed.