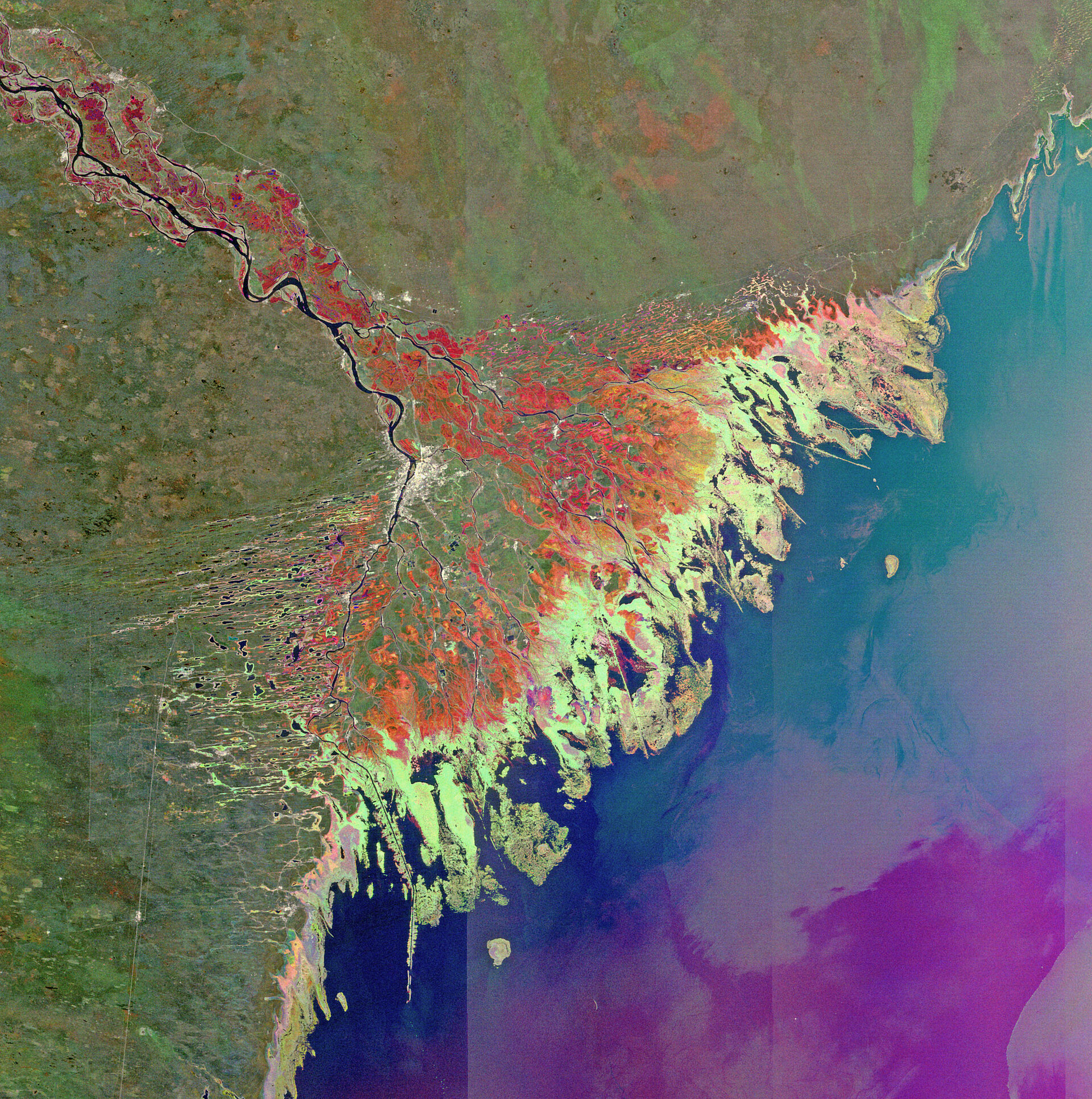 This radar Envisat image features Russia’s Volga Delta and the Caspian Sea. The Volga River (dark) rises northwest of Moscow and extends southward some 3700 km through the whole central part of the country where it pours into the Caspian, forming a delta of about 800 smaller waterways. This image was created by combining three Envisat radar acquisitions (8 April 2010, 13 May 2010 and 17 June 2010) over the same area. The colours result from changes in the surface that occurred between acquisitions.