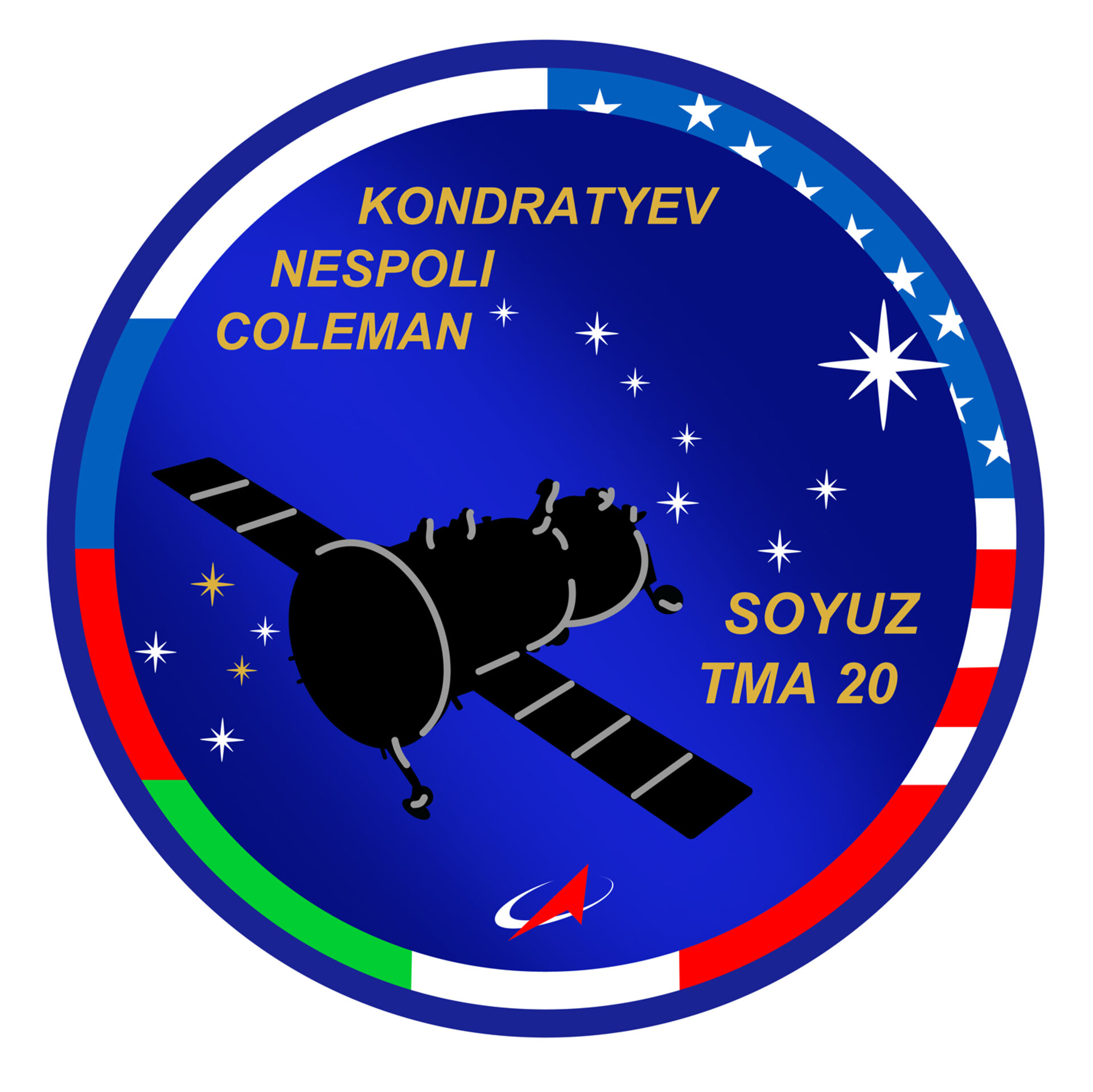 The idea for this patch came from a drawing of the constellation Ursa Major by a Russian youngster, Marina Korolenko, from Murmansk. The Soyuz TMA-20 spacecraft is shown flying through space in Earth orbit, pointed toward the future of mankind, which will undoubtedly master travelling the vast distances of space, navigating by the constellations of Ursa Major, the Southern Cross and the centuries-old guide of ancient mariners, the Pole Star.

In reality, Ursa Major and the Southern Cross can never be seen together by observers on Earth because they are in different hemispheres. But future space travel may one day make it possible to see them in both the future from a viewpoint far away...


The patch was designed with the help of Soyuz commander Dmitri Kondratyev. The patch shares one element - the Southern Cross - with the Expedition 27 patch. The border colours are the flags of the three crew nationalities, Russian, American and Italian.