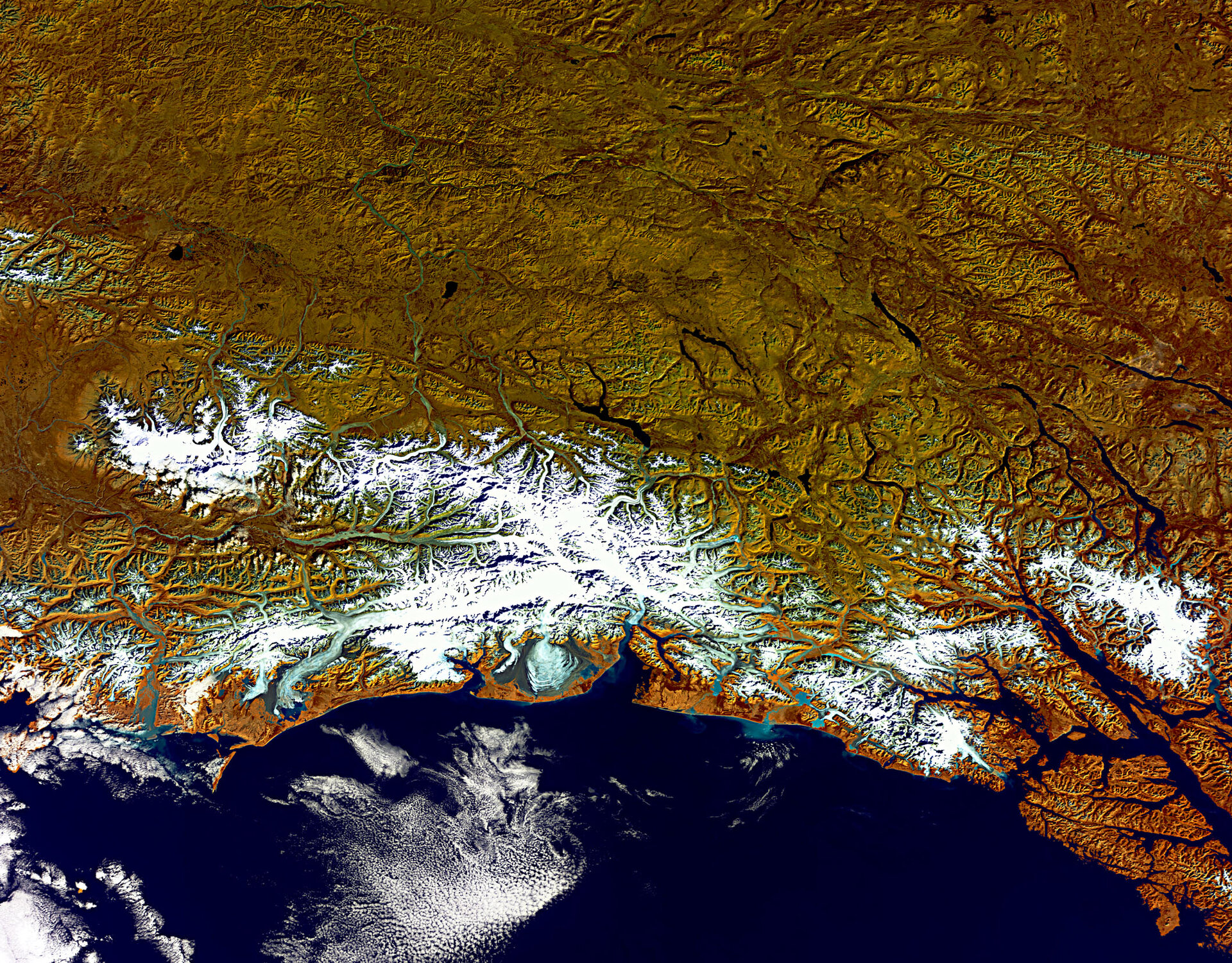 Gifts from the ice age

This image, acquired by Envisat’s Medium Resolution Imaging Spectrometer on 20 September 2010, features the mountains, glaciers and icefields in southeastern Alaska and British Columbia, Canada.
Hubbard Glacier (bottom centre), the largest tidewater glacier in North America, spans the US–Canadian border. Its source is in Canada’s Yukon Territory (roughly right of centre), and it stretches across Alaska (left) into Disenchantment Bay, the mouth of Yakutat Bay. The pancake-shaped Malaspina Glacier is west of Yakutat Bay. Covering nearly 4000 sq km, Malaspina is the largest piedmont glacier in the world. In fact, it is so large that it can only be seen in its entirety from space. North America’s largest and longest glacier, the Bering Glacier (west of Malaspina), covers 5200 sq km and is over 200 km long.