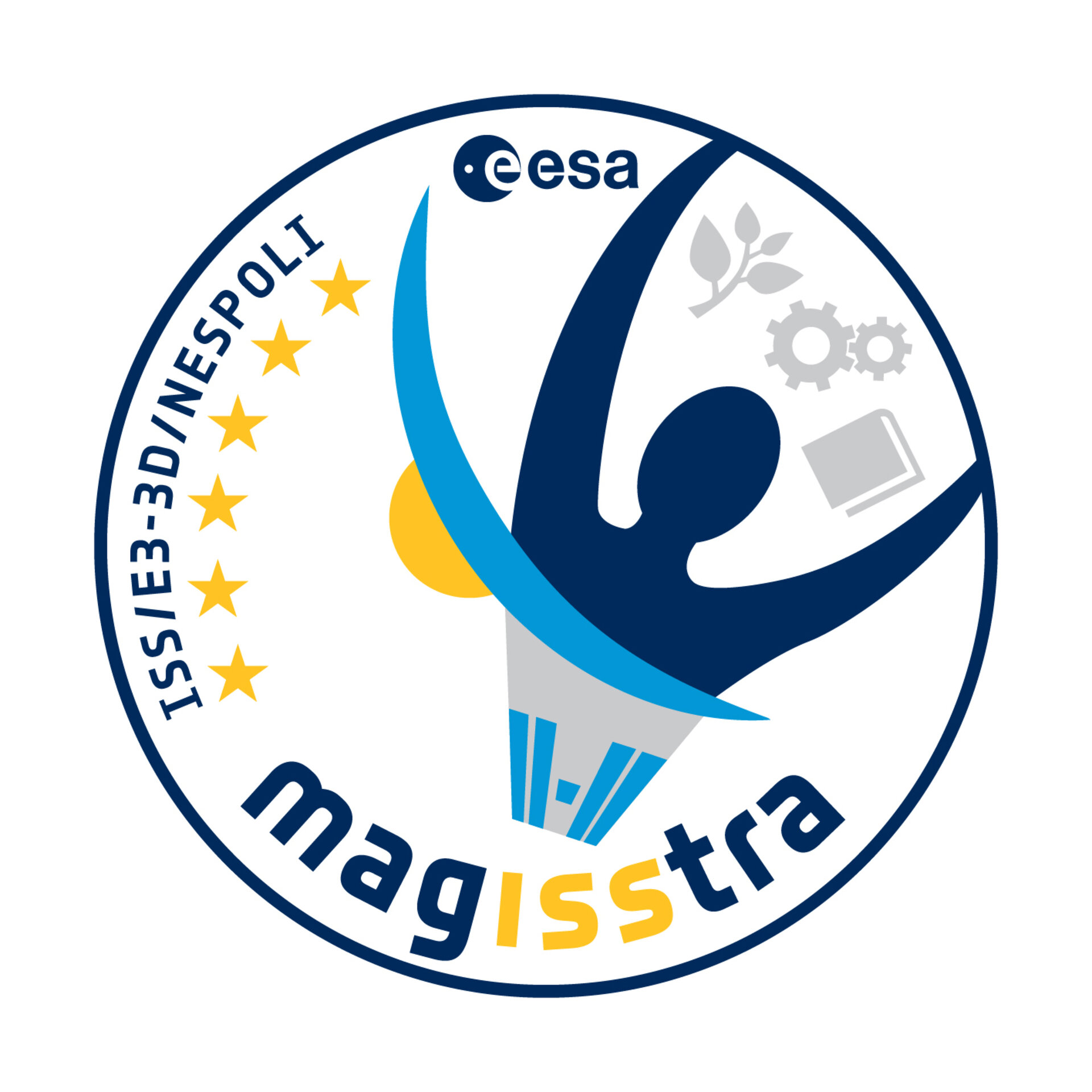 Nespoli’s mission is called 'MagISStra', combining the Latin word 'magistra', a female teacher, with the acronym of the International Space Station. This Latin flavour not only brings in Italian culture as an ingredient of the European outlook, but also echoes the humanistic value of the mission. Since the beginning of the spaceflight adventure, humankind has pursued new frontiers to find its place in the Universe. Europe's astronaut will take with him this human sense of exploration to the Station.
The Latin word 'magister', for a male teacher, means ‘master’ in English, and also ‘expert’, ‘proficient’ or ‘fully in control’, all of which refer to the very high level of competence demanded for each astronaut mission. The name also reflects the special link with education, one of the three elements of Nespoli’s flight.

The logo shows how the human presence in space benefits people on Earth. A human figure dominates the scene, embracing the three elements around which the mission revolves: science, technology and education.
This figure, representing the astronaut himself, projects from the ISS to the planet in a sense of sharing, of bringing back applications to Earth, symbolised by three icons between the arms: a plant as scientific research, mechanical gears as technological development and a book as knowledge.

The ISS emerges from its acronym in the mission name and a sunrise seen over the crescent Earth conveys optimism about the extension of the ISS operational life to 2020. The coded text on the left, ISS/E3-3D/NESPOLI, is how the mission is identified within the Multilateral Crew Operations Panel, top-level forum for coordination and resolution of crew matters. E3 stands for the third long-duration European mission in space, and 3D refers to the ESA-developed 3D camera that Nespoli will use on the orbital complex. The six stars represent the six crew, the six months that Nespoli will stay in space and also the European character (the stars are similar to those on the EU flag). The white background symbolises the ingenuity of the human being and the willingness to learn more and search for new discoveries with an open mind.