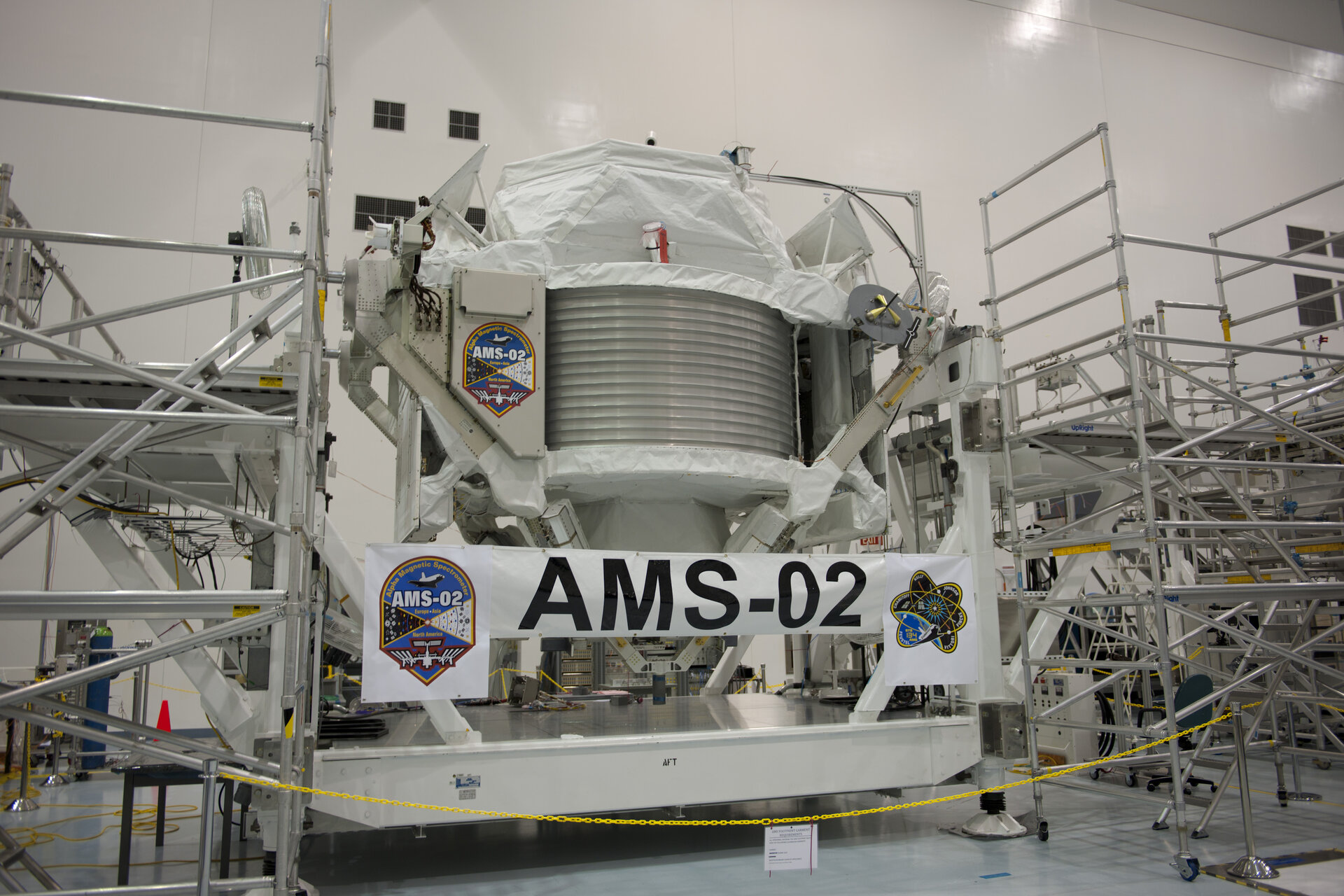 The Alpha Magnetic Spectrometer - 02 (AMS-02) seeks to understand fundamental issues on the origin and structure of the universe.
AMS-02 detector will be something special: it is not only the biggest scientific instrument to be installed to the ISS, but also the first magnetic spectrometer in space, with the largest cryogenically cooled superconducting magnet ever used in space.


AMS will be installed on the ISS central truss
The purpose of the AMS is to help scientists to better understand fundamental issues on the origin and structure of the Universe by observing antimatter and dark matter. As a by-product, AMS will gather a lot of other information from cosmic radiation sources on stars and galaxies millions of light years from our home galaxy. Not only astronomers, but also particle physicists are zealously waiting for AMS data.

The AMS experiment is led by Nobel laureate Samuel Ting of the Massachusetts Institute of Technology (MIT) and it involves international team composed of 56 institutes from 16 countries. ESA's partner in the AMS collaboration is the Agency’s Directorate of Human Spaceflight. The first version of the experiment, AMS-01, was flown in June 1998 aboard the Space Shuttle Discovery and, after promising results the bigger and more capable version was accepted to be flown on the International Space Station (ISS).
It will be launched to the ISS aboard the Space Shuttle Endeavour on flight STS-134, now scheduled for February 2011.