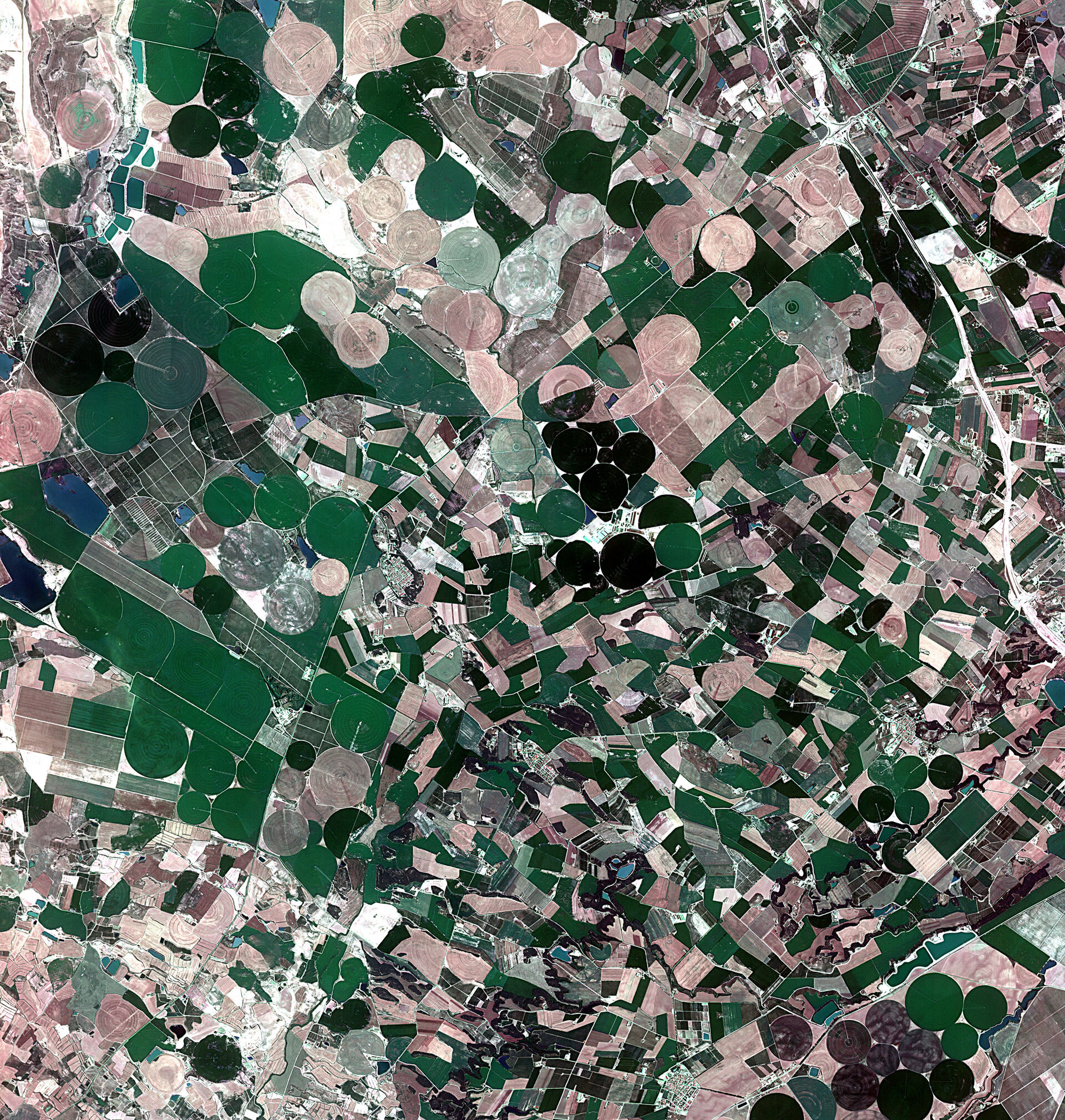 Agricultural crops in Aragon and Catalonia

This image captures the meticulously planned cultivated landscape of the autonomous communities of Aragon (west) and Catalonia in north-eastern Spain. Many agricultural crops can be seen growing including wheat, barley, fruits and vegetables. The circular shape of many of the fields indicates central-pivot irrigation is being employed; a well drilled in the centre of each circle supplies water to a rotating series of sprinklers.

This image from the Korea Multi-purpose Satellite (KOMPSAT-2) of the Korea Aerospace Research Institute was provided under ESA Third Party Mission co-operation. ESA supports the Kompsat series as a Third Party Mission, meaning it uses its ground infrastructure and expertise to acquire, process and distribute data to users.