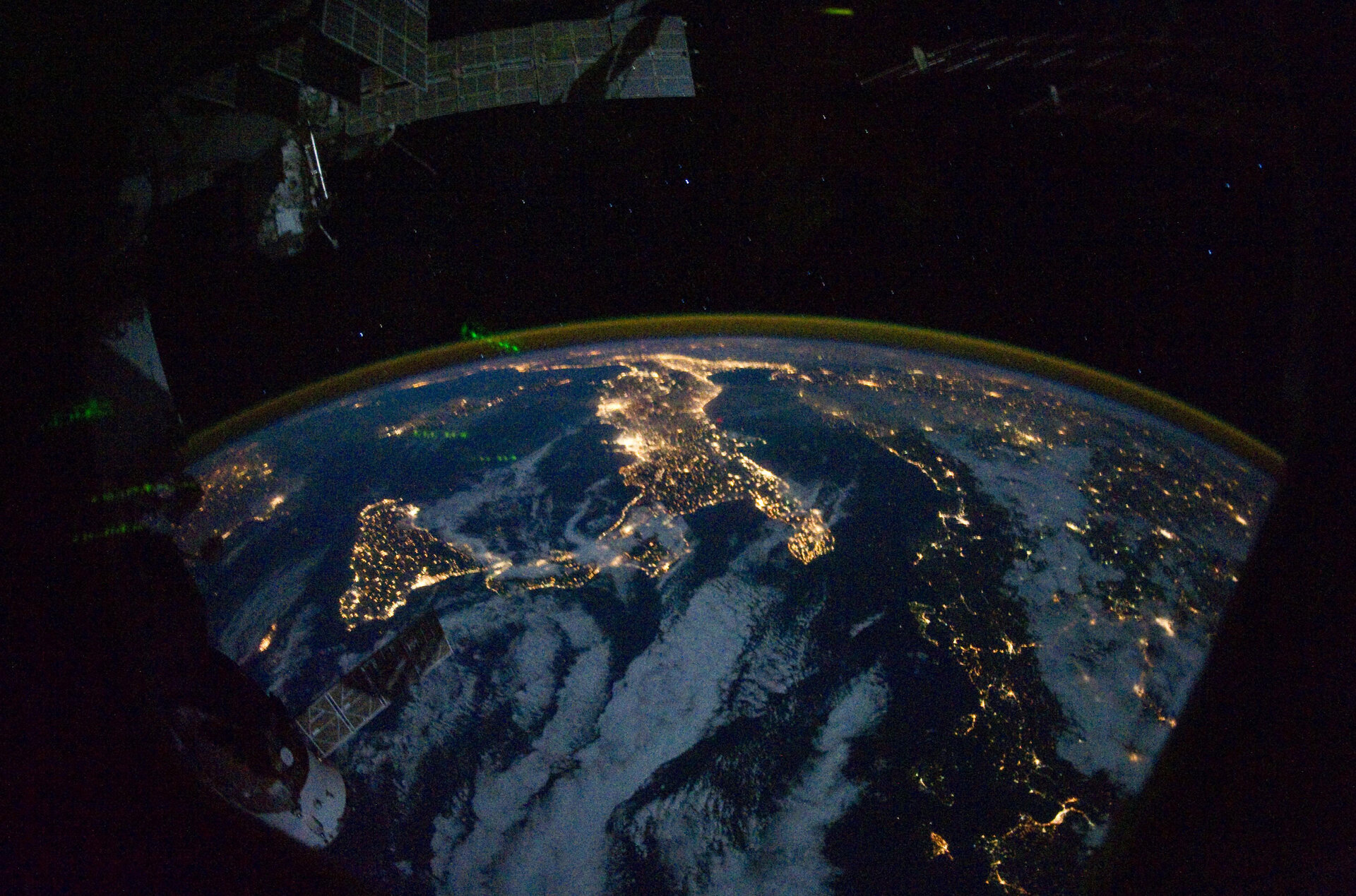 Night lights from the ISS

ISS025-E-009840 (28 October 2010) --- Parts of Europe and Africa are very easily recognizable in this night time image shot by one of the Expedition 25 crew members aboard the International Space Station flying 354 km above Earth on 28 October. The view 'looks' northward over Sicily and the 'boot' of Italy, with the Mediterranean Sea representing most of the visible water in the view and the Adriatic Sea to the right of centre. Tunisia is partially visible on the left. Part of a docked Russian spacecraft and other components of the ISS are in the foreground.