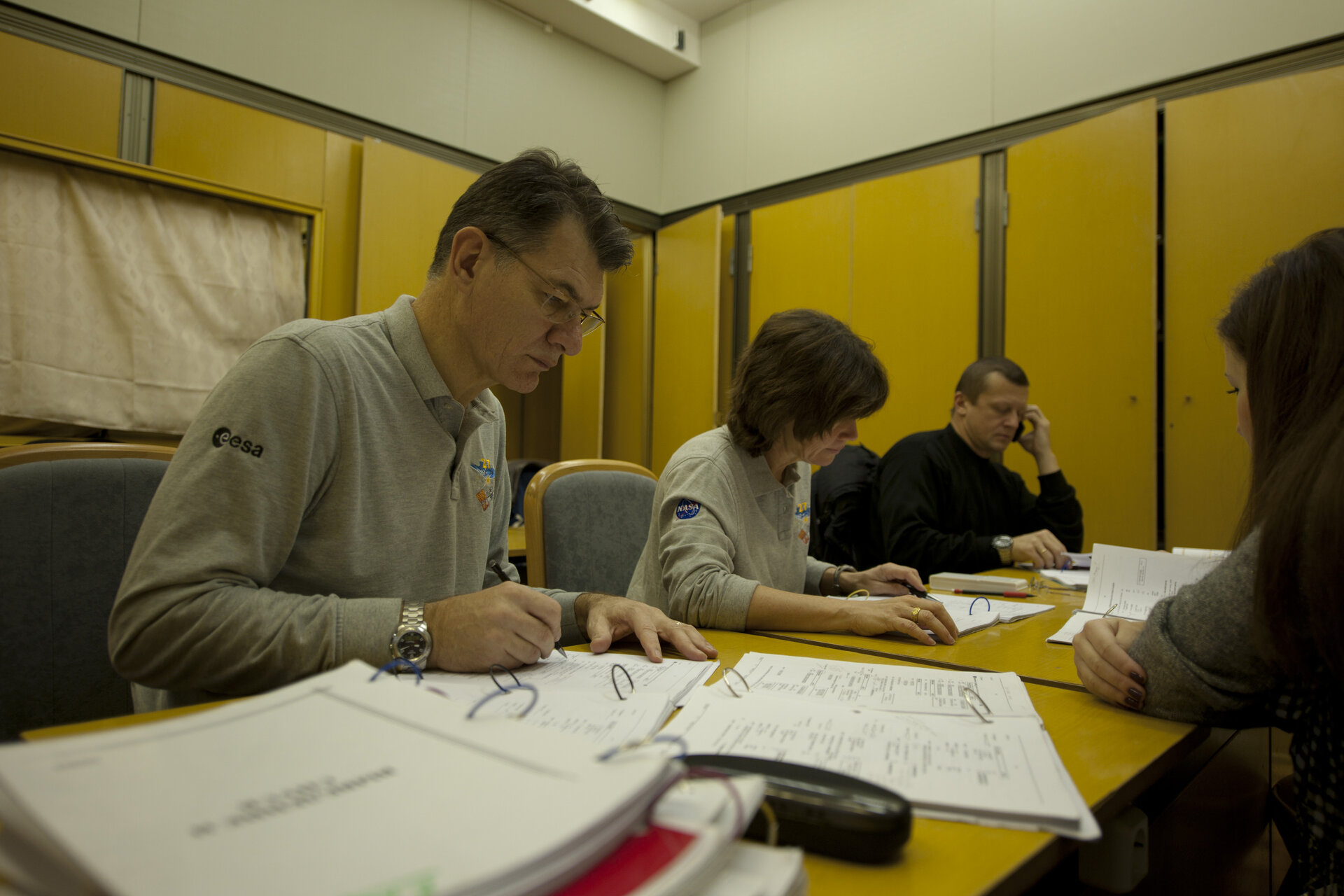 Paolo Nespoli captured during a lesson at the Gagarin Cosmonaut Training Center in Star City, Russia. Paolo Nespoli, ESA's Italian astronaut, underwent an exhaustive training there prior his to long-duration mission MagISStra to the International Space Station (ISS). The launch is planned for 15 December 2010. Nespoli will serve as flight engineer for Expeditions 26 and 27. This will be the third six-month mission by a European astronaut on the Station.