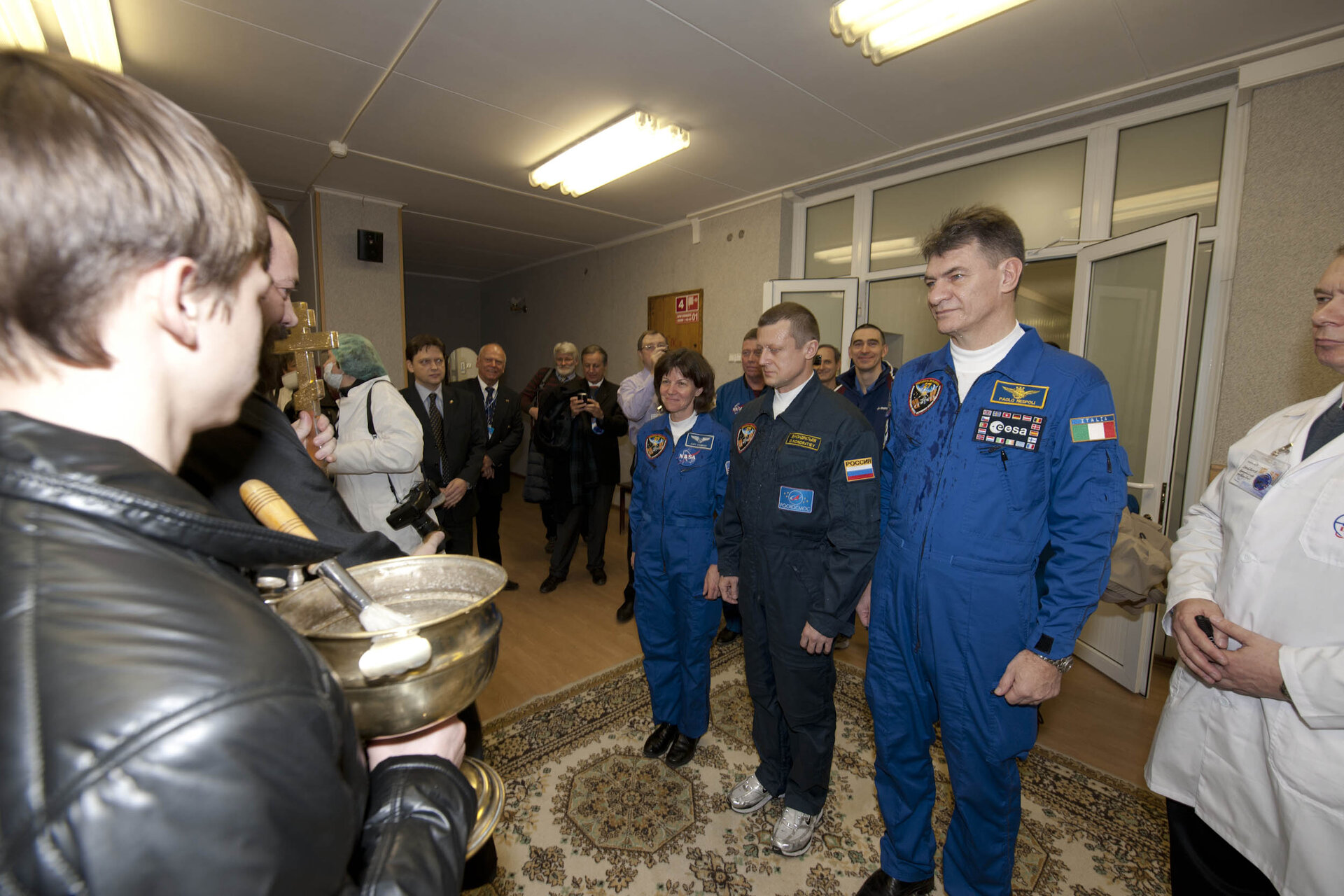 A launch day ritual: a blessing

ESA's astronaut Paolo Nespoli and his crewmates during traditional blessing by Russian Orthodox priest at the Cosmonaut Hotel at Baikonur Cosmodrome, Kazakhstan, on 15 December 2010.