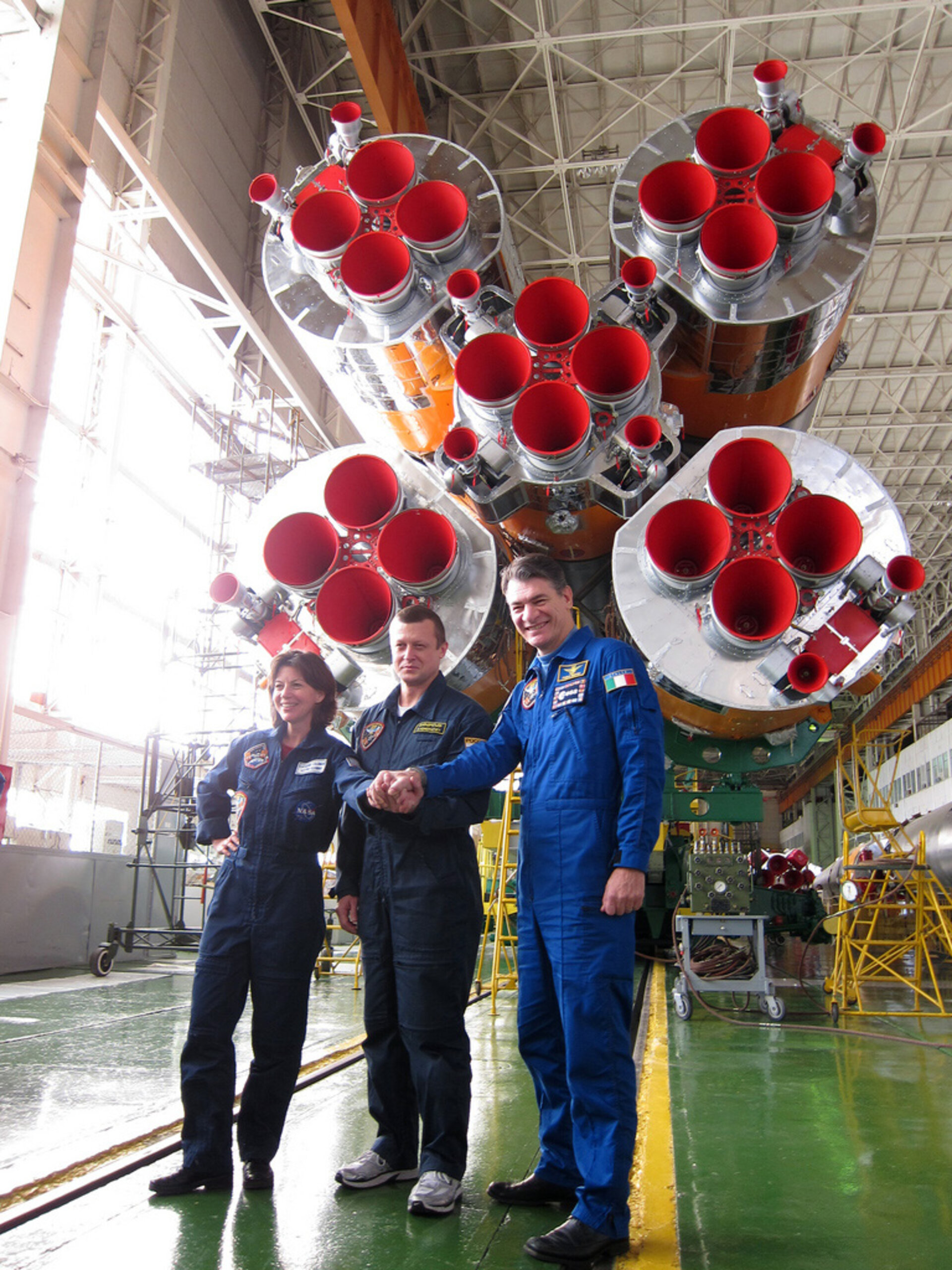 Coleman, Kondratyev and Nespoli with their Soyuz launcher

Cady Coleman, Dimitri Kondratyev and Paolo Nespoli saw their Soyuz launcher on 11 December 2010 in Baikonur. The 20 nozzles of five rocket engines and 12 small Vernier rockets, installed in central part of the launcher and four boosters, bacame alive on 15 December and pushed the Soyuz spacectaft to space.

The crew will stay at the International Space Station (ISS) for a long-duration mission till May 2011 as members of Expeditions 26 and 27.

This is the third six-month mission by a European astronaut on the Station.